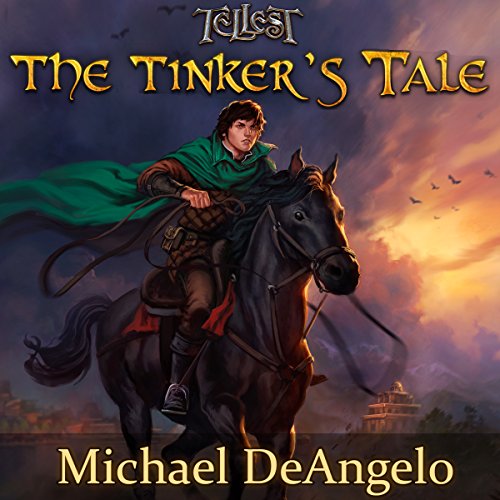 By: Michael DeAngelo
Narrated by: Mark Ryan Anderson
Try for $0.00

Maximus Xanders, visionary of Atalatha and legendary Knight of Virtue, has just finished his greatest invention. Though known for his technological marvels in weaponry and strategies, his latest venture has a more personal touch. Built in secrecy, the innovation is spied by an unlikely guest. A trade is agreed upon: in exchange for silence on the matter, Maximus will tell a tale of his own meager beginnings.

Decades earlier, when Maximus was a boy just reaching manhood, he longed for a different life. Living among the countryside, his family was everything, with the exception of a passion for tinkering. When his father brought home Charcoal, a stubborn, massive horse, Maximus could never have predicted the friendship that would form, or the bond that would be a part of him for the rest of his life.

What listeners say about The Tinker's Tale

So well-written and entertaining

It's been too long since I visited Michael DeAngelo's Tellest. The book was well written, the characters well developed. The storyline evolved quickly and captivated me. If you like fantasy I would highly recommend this book. I own both the Kindle & Audible editions so I read along as the book was read to me. The narration was excellent and added to the enjoyability of the book. I look forward to the next book.