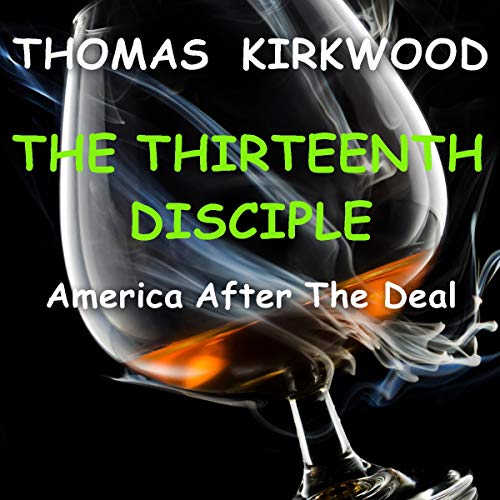 The Thirteenth Disciple, Second Edition: America After the Deal

By: Thomas Kirkwood
Narrated by: Edoardo Camponeschi
Try for $0.00

"History is a compilation of events that cannot happen." (Anonymous)

The Thirteenth Disciple: America After the Deal is a must-listen, a gripping thriller rooted not only in fantasy but in contemporary American and international events. The audiobook's fast-paced action and bold conspiracies span the globe, but unlike most military and political suspense novels, its epicenter is not Washington, Moscow, or London. Rather, it is a small town in middle America, a town with a long, colorful history that has become a refuge of the rich and famous: Aspen, Colorado. The narrative accelerates irresistibly toward a shocking conclusion, but the underlying mystery gives no hint what that conclusion might be.

The epic battle between good and evil features cyber-warfare, assassinations, and other military techniques found in most thrillers. There is an element of international crime, a fiery romance, psychological manipulation, murder, and undercover operations by spies not suspected of espionage. And there is, of course, a role for law enforcement, especially for the FBI and other government agents.

But it is the unlikely cast of characters and the way in which their lives become intertwined that make this novel unique. The listener follows the Russian president, US special forces, the American president, intelligence operations by the CIA and FSB, successor to the KGB. All of this is not surprising in a military and political thriller; not surprising until one adds the 74-year-old director of the Aspen Historical Society, her sexy if naive assistant, a slow-talking Southerner from Louisiana, and the aunt who raised him - adds these characters and elevates them to the same level of importance as that of "the usual suspects".

For listeners who have tired of series heroes mired in tough situations they will obviously escape, for listeners looking for a new and possibly predictive type of story, a story that loses none of its nail-biting suspense by deviating from traditional themes, The Thirteenth Disciple is for you.

What listeners say about The Thirteenth Disciple, Second Edition: America After the Deal