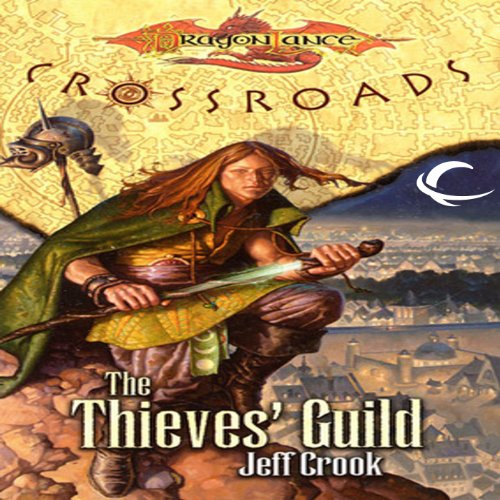 By: Jeff Crook
Narrated by: Dina Pearlman
Try for $0.00

Palanthas, Jewel of Ansalon, City of Seven Circles, heart of the old Solamnic empire. For three thousand years she has shone as a beacon to the world. Even now, ruled by the Knights of Neraka, she glitters in the night.

Yet at the core of the gleaming city lies a dark center: the Thieves' Guild. Though the Dark Knights ruthlessly crushed the guild beneath an iron heel, a stronger, darker guild has arisen. Now it's intent on recovering its lost treasures and power.

And nothing will stand in its way.

What listeners say about The Thieves' Guild

An awesome story, beautifully narrated, and perfectly unfolded. The characters were interesting and wonderfully complex. The book ended with me curious to know what they did next.