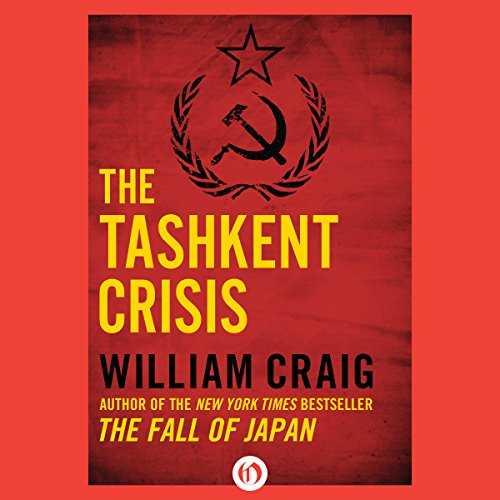 By: William Craig
Narrated by: Steve Marvel
Try for $0.00

Opposing superpowers play a deadly game of brinkmanship in this riveting Cold War thriller from the best-selling author of The Fall of Japan and Enemy at the Gates.

The Soviet Union delivers an ultimatum to the president of the United States: Surrender unconditionally within 72 hours, or a secret weapon of unprecedented capabilities will take millions of American lives. President William Mellon Stark ran on a campaign of peace and kept his promises, slashing the military budget and pouring millions into domestic programs. Now the nation is years behind in the technology of mass destruction. Desperate measures are Stark's only options.

In Soviet Asia, a team of Special Forces saboteurs led by Colonel Joe Safcek attempts to vaporize the mystery weapon with a miniature atom bomb. Closer to home, the president stages an explosive hoax to justify evacuating Washington, DC. But as zero hour approaches, Stark realizes that it might already be too late and that he will bear the terrible responsibility of leading the United States into the ultimate confrontation.

What listeners say about The Tashkent Crisis

This was a mishmash of cold war history using antiquated technology with misunderstood modern laser technology. What is really bad is showing a weak and unsure American President surrounded by right wing zombies. This was a pathetic showing of a weak American presidency willing to surrender his country on the basis of superior Russian weapons. What nonsense. This is the silliest of "military" thrillers by a noted writer. I am sadden by this nonsense and regret reading this audiobook.