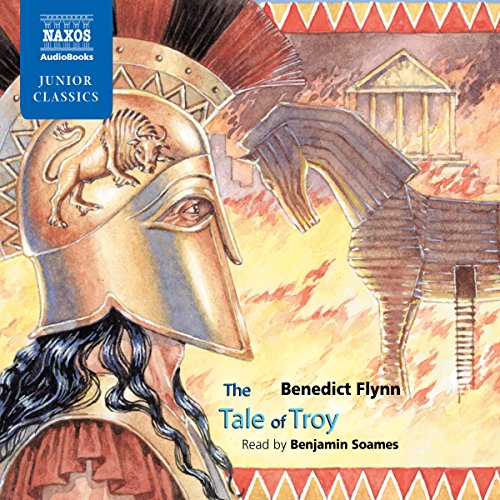 The Tale of Troy

By: Benedict Flynn
Narrated by: Benjamin Soames
Try for $0.00

There was once a time, nearly four thousand years ago, when the tall towers of a city called Troy reached gleaming into the sky; when its proud king fought against an invading army in a desperate siege. The Tale of Troy was so important to the ancient Greeks that its author, Homer, became a kind of hero. Long after his death artists, thinkers, and ordinary people still look to his tale for inspiration. This exciting version of the famous story is retold especially for eight 13-year-olds.

What listeners say about The Tale of Troy

I really enjoyed this tale. The narratation was terrific and made the characters come alive. It is a great way to learn about Greek mythology for young adults as well as more mature ones like myself. Read this before the The Adventures of Odysseus.

it was a good old time tale.

it's novel summed up the story of Troy in a very fine manner especially bringing life to the characters and making the story interesting.

It is just an abridged version of the Iliad better for children, but I would recommend the real thing.

This is a great yarn very well told and with a lot to offer. It serves as a nice little over view of the Ilyad by Homer or a good introduction to great classics in general. But it's also a good story, full of great characters and compromised heroes, those Trojan boys just do not date!
Naxos are very good at covering the sexual and violent elements of classic stories in ways that will be appropriate for most young families but with out skipping over the events altogether. This approach is employed to good effect here.
The production also weaves in atmosphereic and pulse surging classical music to great effect.
Once you've enjoyed this one be sure to download the Naxos Odyessus volume, it's just as good.