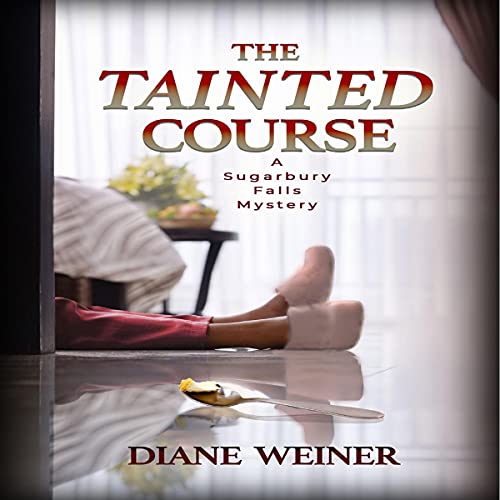 By: Diane Weiner
Narrated by: Rhonda Krachmer
Try for $0.00

In a town known for covered bridges, craft fairs, and a cat cafe, murder just doesn’t fit. When newcomer Faith Maguire is murdered, sleuthing couple Henry and Emily Fox are compelled to find the killer and restore equilibrium to their beloved hometown. After all, their daughter is friends with the victim’s daughter, and the body was discovered after a dinner at their good friend Coralee’s inn. Is the owner of the new bed-and-breakfast in town responsible? Emily uncovers disturbing evidence that shows she’s capable of such a deed.

Meanwhile, an elusive motorcyclist throws warning messages through the Fox’s cabin, the handyman from the inn makes secret treks after dinner, and Faith’s ex-husband, denied custody of his girls thanks to his wife’s accusations, has been less than truthful since coming to town. Will teamwork bring the killer to justice before it’s too late?

What listeners say about The Tainted Course

Henry and Emily have a chance meeting on a night out. Meeting a newcomer to their town and her children. When something happens to her are Henry and Emily able to help solve the mystery?

A course in captivating listening

I really enjoyed this book. This is book four in this great series and even though each book is a standalone I would recommend that you start with book one and work your way through because many of the previous murders are mentioned and it helps to keep them in context, also they are an enjoyable listen. The stories contain a nice mix of family life and mystery, with a lot of recurring characters to add to the fun. The reason I like the series so much is the characters, they are likeable and interact with each other so well. The mystery it's self was good, I had guessed at the killer but wasn't sure because there was a number of suspects acting suspiciously, even so I was hooked. I can't wait to see what the author with Have them investigating next.
Henry, Emily and there adopted daughter Maddie love the cat cafe run by there friend Coralee, the owner of the local Bed and breakfast. What they don't like is to find out that the lady they had dinner with was found dead in her home, especially as her daughter is friends with Maddie. Was the cheesecake she took home from Coralee's responsible? Emily can't stand by and watch her friend lose her business or two little girls grieve over there mother's death especially as Maddie herself is still suffering over her lose. But who would want Faith dead? Her ex husband, who lost custody of his children? The teenager who lost her place in university when Faith proved her parents paid for admission? Was Faith the actual target? Or was it aimed at Coralee's business? Competition in the world of b&b? Emily will have to answer all these questions if she hopes to stop a killer but with the killer sending her warnings to stay away, is she putting her family in danger?
I liked the narrator and thought she helped bring the story to life.
I was given this free review copy audiobook at my request and have voluntarily left this review.