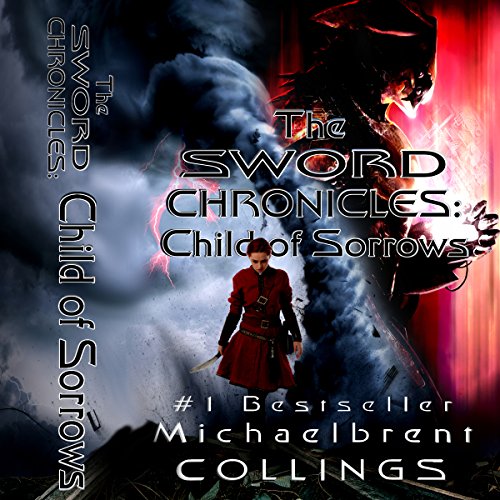 The Sword Chronicles: Child of Sorrows

By: Michaelbrent Collings
Narrated by: Danielle Cohen
Try for $0.00

Sword thought it was over.

She thought that when she killed the Chancellor and ended the corrupt reign of the Emperor, that everything would get better. That the suffering would end in Ansborn. That the people would be free.

But now a new terror has been born. A trio of warriors who live only for vengeance, who know only hate, have set their sights on Sword and on those she holds dear. They are powerful, they are deadly, and they are impossible to kill.

And worst of all, they are but harbingers of what is to come. Because after 1,000 years, the unknown enemy that lies below the mountains of Ansborn is at last on the move. And it is coming for them all.

Death from among them.

And only one person - one Sword - has any chance of stopping it.

What listeners say about The Sword Chronicles: Child of Sorrows

This story was fun and I enjoyed how each of the characters that survived the first book were expanded and explored more deeply in this book. I do think the pacing was a little slow for the first half of the book, but it got much better in the second half.

This was a lot of fun to listen to. Fans of either fantasy or of Michaelbrent's other work will find plenty to like here.

The world is well thought out. The people behave believably, and often in ways that surprised me until I thought about it.

She did a wonderful job with the different voices. That helped a lot in the translation from written to spoken work. Sometimes it's hard to tell who says what because of how it's written since you can't hear the quotes. With Danielle, it was always clear and that helped me follow the story.

I'd say my strongest emotional response to this book was curiosity. How can this possibly work out? Who is that mysterious guy? There were a lot of mysteries presented and in the end they were answered.

The drama was dialed up to eleven constantly with everything escalating from what I thought was already at a peak, and at times I felt exhausted. The pauses between action sequences were very welcome.