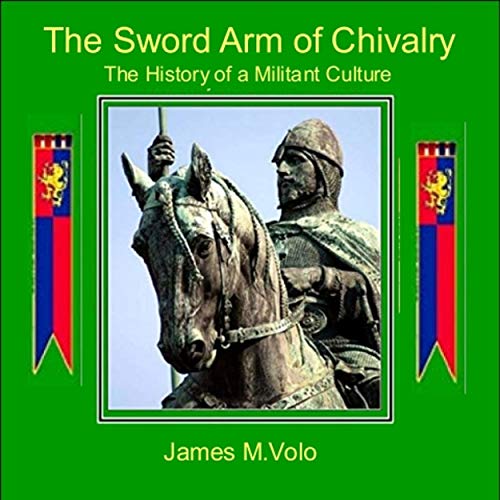 The Sword Arm of Chivalry: The History of a Militant Culture

This is the history of an era dominated by militancy: Both warlike and religious, if the two can be separated.

The true interest in the centuries of the early Middle Ages lies with the gradual evolution of new forms of military efficiency, which ended in the establishment of a military caste (knights) as the chief power in war and the human mechanism of government.

The existence of feudalism and its association with the Christian Church is one of the most important factors concerning the Middle Ages. In the medieval period, the individual mounted warrior seemingly held sway for an extended time - generally from the 6th to 15th centuries. The feudal knight established his superiority over all descriptions of troops pitted against him. The defining institutions of classic knighthood were well established in the first half of this period. The passing of the first millennium oversaw the rise of a newly landed class of largely mounted warriors that became both a governing power and a defense against invasion from outside the abandoned frontiers of the old Roman Empire.

The celebrated fight at Hastings in 1066 was the last notable attempt of unaided infantry to withstand cavalry in Western Europe for 200 years. However, the supposedly complete dominance of the mounted knight in the 12th and 13th centuries may be grossly exaggerated, as integrated cavalry and infantry tactics were nearly always the key to success. As technology advanced, the crossbow, arbalest, and firearms were developed and a relatively untrained foot soldier could kill a knight with a single shot canceling out a lifetime of mounted discipline. From the 15th to 17th centuries the art of being a knight developed from just fighting ability to living by a code of chivalric conduct. A knight became an example of courtly behavior, and it was his duty to be versed in writing, music, dance, land management, law, justice, and romance.

What listeners say about The Sword Arm of Chivalry: The History of a Militant Culture