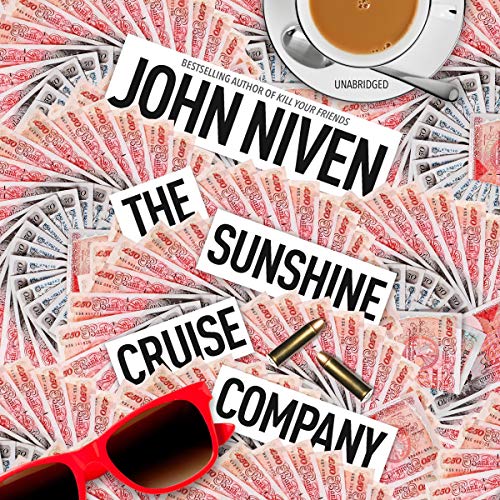 By: John Niven
Narrated by: Maggie Ollerenshaw
Try for $0.00

Susan Frobisher and Julie Wickham are turning 60. They live in a small Dorset town and have been friends since school. On the surface Susan has it all - a lovely house and a long marriage to accountant Barry. Life has not been so kind to Julie, but now, with several failed businesses and bad relationships behind her, she has found stability: living in a council flat and working in an old people's home.

Then Susan's world is ripped apart when Barry is found dead in a secret flat - or, rather, a sex dungeon. It turns out Barry has been leading a double life as a swinger. He's run up a fortune in debts, and now the bank is going to take Susan's home.

Until, under the influence of an octogenarian gangster named Nails, the women decide that, rather than let the bank take everything Susan has, they're going to take the bank. With the help of Nails and the thrill-crazy, wheelchair-bound Ethel, they pull off the daring robbery but soon find that getting away with it is not so easy.

The Sunshine Cruise Company is a sharp satire of friendship, ageing, the English middle classes, and the housing bubble from one of Britain's sharpest and funniest writers.

What listeners say about The Sunshine Cruise Company

Where does The Sunshine Cruise Company rank among all the audiobooks you’ve listened to so far?

I enjoyed every minute of this book. I place it at the top.

What does Maggie Ollerenshaw bring to the story that you wouldn’t experience if you had only read the book?

Maggie Ollerenshaw if one of my favourite narrators. She can do the cockney accent to perfection.

I don't care about the tag line... call it whatever you like... just please, please, please make this book into a film. I can just imagine some of the brilliant British older actors and actresses starring in it. Just make sure it's a British film with British actors!

Message to John Niven: more books like this one please.

Funniest book I have read for ages.

I found myself laughing out loud on the train which got me some very strange looks. Although there is quite a lot of swearing and some potentially horrific scenes, they are written in such a way that you forget what you are r listening to because of the way it is written. Deafly going to look out for his other books.

Surprisingly, I loved it.

Very different to my usual audiobooks but so glad I tried it. V funny, the police guy reminded me a bit of Tom Sharp’s Wilt - just pure comedy. Sometimes it’s good to get out of our comfort zones!

a clever funny and enjoyable book which made me laugh out loud. many characteristics of the ladies were readily identifiable as ones I have seen and heard.

I brake for no one!

The best book I've listened to in ages! Couldn't stop! On the edge of the seat story telling at its very best. And hilariously funny in places too! I will be looking at John Nivens other books straight after submitting this five star review!

Brilliant story, I couldn't put it down; laughed out load at several points, best story I've heard in a long time!

The best audio book I have ever listened to!

I definitely got some interesting looks form people on the train commuting to work. I was completely hooked to the storyline and laughing the whole way through.

I was recommended this book and went into it not knowing anything. I have never laughed so much with a book before. This has to be one of the funniest, well written, loveable characters, fantastic storyline books that I have read. I cannot praise it enough. The narrator made the characters come alive. I'm just sad it came to an end!

loved it!! amazingly well written and very funny. really like this damn fine author more and more every book I read of his. well done Niven - well done old boy!

One of the funniest stories we have listened to on our daily commute. We have a new respect for regularity and utube. 😂 Should be a movie.

The story romps along with the occasional twist. The author carefully plants little insignificant seeds throughout the story that blossom at numerous points in the story and then you laugh even harder.

Magic Ollerenshaw's narration was first class. She has a way of using the pregnant pause that is masterful.

Loved it! Fantastic story. Kept me laughing till the end! Worth purchasing. I think I'll listen to it again.