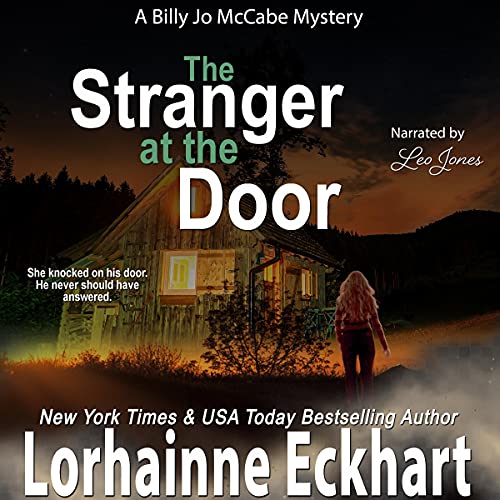 The Stranger at the Door

By: Lorhainne Eckhart
Narrated by: Leo Jones
Try for $0.00

She knocked on his door. He never should have answered.

As newly appointed chief of police, Mark Friessen is settling into his small-town role when he uncovers the twisted tale of a woman forced to marry the man who killed her family.

When the woman goes looking for help, knocking on his door, Mark and Billy Jo are thrust into a web of lies that tests their own complex relationship, as they discover secrets in the couple’s shadowy past that could drive a wedge between them for good.

Mark and Billy Jo are continuing to learn the hard way that stepping on the wrong toes could have serious consequences. Thrust into the center of a dangerous and bizarre case, they have to face their own doubts about each other, and soon, they may wish this woman had never knocked on Mark’s door.

What listeners say about The Stranger at the Door

Policing and Corruption in a Small Town

I was intrigued by this story about a sheriff and a social worker in a small town.
When a young girl shows up on their doorstep with a tragic story one evening, the fallout turns everything topsy turvy.
It's hard to tell who are the villains and who are the heroes (beyond the obvious of the two main characters). Maybe that's because when it comes right down to it, there aren't any good guys in this one, and the surprises are kind of expected. None the less, the tale does take some interesting twists and turns and there are enough "hooray for the good guys" moments to make it worthwhile.
I liked it, and might even have a look at some more of the series.