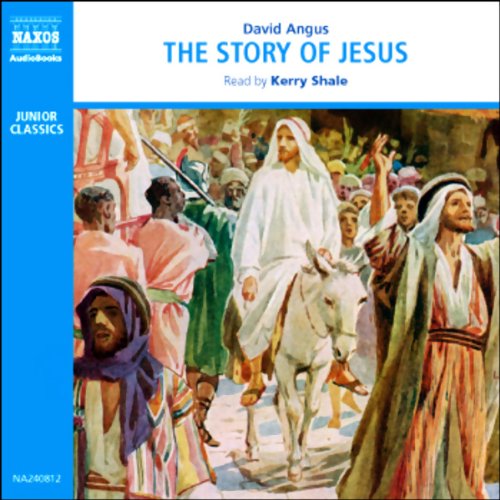 The Story of Jesus

The Story of Jesus

The story of the life of Jesus of Nazareth is told in the first four books of the New Testament of the Bible: the Gospels of Matthew, Mark, Luke, and John. The word "gospel" comes from old English, and means the "good story".

The Gospels portray Jesus as both a healer and a teacher. They describe him performing miracles and they tell his words. The men who wrote these books believed that Jesus was the Messiah: the great leader promised in the ancient Jewish prophesies of the Old Testament. They said that he was the Son of God, that he died on the cross to redeem the sins of mankind, and that he rose from the dead after his crucifixion.

Today Jesus' message of love and forgiveness, and the drama of his life, continues to inspire people to find new ways in which to tell the "good story".

Kids get to enjoy adults reading great Bible stories to them and now it's our turn. I found the Bible really coming alive with these stories. Easy listening, they chronicle major Christian teachings in a dramatic and easy to understand way. A good supplement to bible study and something that I keep on my Ipod to listen to over and over.