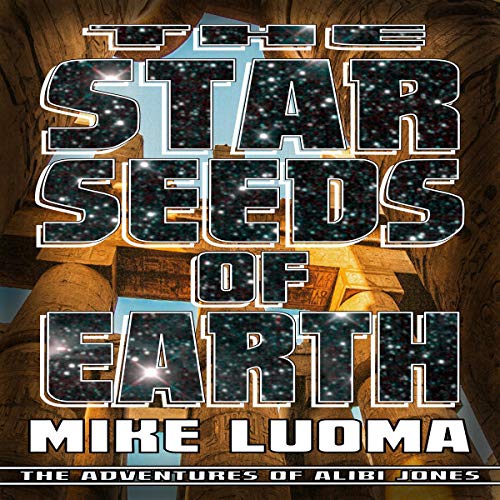 The Star Seeds of Earth

Legends tell of the Star Seeds of the Ancient Enemy - how a million years ago, when their cruel race was dying at the hands of those they oppressed, they sent of thousands of Star Seeds filled with their DNA and the means to plant their race out into the cosmos, to land upon thousands of worlds. Their former servant race, now calling themselves the Eldred, rose up as the new rulers of civilized space, and dedicated themselves to wiping out the Star Seeds wherever they were found. But some were not found. And some were hidden. The Flaze and The Domo hid the development of our race from the Eldred, until it was too late for the Eldred to simply wipe us out. Their indecision led to their loss to humankind in their war to exterminate humanity, and it was the Eldred who were instead wiped out.

Not only are we, then, offshoots of the Ancient Enemy, but somewhere on Earth lies a priceless treasure - the original Star Seed that altered life on the planet. Alibi Jones is on the hunt for that Star Seed!

He'd agreed to locate it when curious character Finder asked for a favor. But now, Alibi Jones isn't so sure he should turn something so valuable - and potentially so powerful - over to a mercenary like Finder. If he should manage to track the Star Seed down in the first place... Of course, there is a bit of an obstacle - Alibi Jones is not actually welcome back on Earth right now!

An interstellar treasure hunt, moral dilemmas, religious conflicts, old familial dysfunction, merciless aliens, and mercenary humans as well...Alibi Jones will have to face them all, and face up to the responsibilities and authority that comes with running a growing colony like The Hornet's Nest in The Star Seeds of Earth!

What listeners say about The Star Seeds of Earth