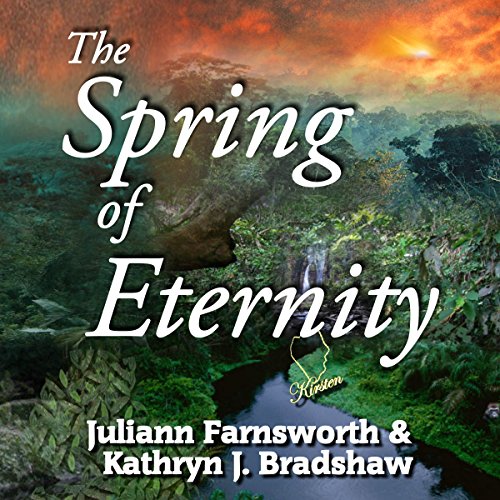 The Spring of Eternity

The Spring of Eternity

The Spring of Eternity will keep you on the edge of your seat. A Clean Christian romance, it is the sequel to This Side of Forever, also by Juliann Farnsworth.

Join the continued adventures of the Talon family; Nicole, Nick, and Kirsten as they each find love or danger in the Congo. Nick must face his feelings about his religious roots as a Mormon and the unusual culture that accompanies it. His beliefs will take him right to the edge of eternity in his quest for understanding.

Kirsten Talon realized that she should feel fear by the coming of the night. She was lost in a rainforest on the continent of Africa, in the Democratic Republic of the Congo. She was being hunted by dangerous men and facing the possibility of disease or being eaten by a wild animal, among other nightmarish possibilities.

I loved this book! I really didn't want to put it down, from the very beginning.
Taunna Ormond