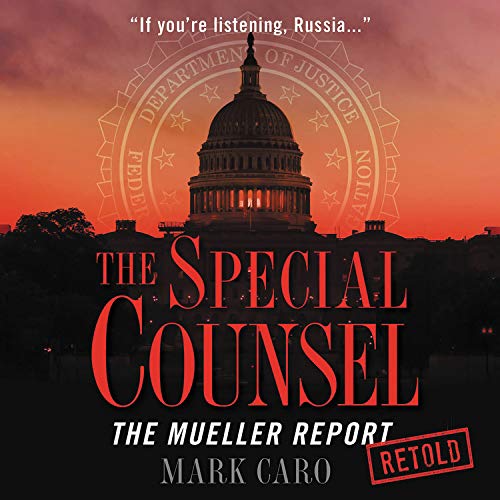 "This is the end of my presidency. I'm fucked." (President Donald Trump)

Imagine Special Counsel Robert Mueller got so frustrated with the US attorney general that, instead of letting the Report on the Investigation into Russian Interference in the 2016 Presidential Election speak for itself, he allowed the full narrative of corruption, high crimes, and cover-ups to be revealed....

With more than 350,000 copies sold, the Report on the Investigation into Russian Interference in the 2016 Election has taken its place as the defining document of the Trump administration. Replete with some of the most infamous characters and outlandish schemes in modern American history, the underlying evidence in the Special Counsel's written testimony could have been plucked from the script of a blockbuster movie. But at 400-plus pages of bewildering redactions and impenetrable legal analysis, the text itself is so dense that even our elected officials have admitted to leaving the report unread.

Now, stripped of legalese while still faithful to fact, The Special Counsel tells the story of what really happened in a compulsively readable - yet comprehensive - narrative. Whisking listeners from Manhattan's Trump Tower to the rural towns of Pennsylvania and the frosty streets of St. Petersburg, this book brings to vivid life the people, places, and politics that have shaped our post-2016 lives. One thing is bone-chillingly clear: Our democracy is under attack and only an informed American public can save it. The Special Counsel is as necessary as it is thrilling.

What listeners say about The Special Counsel