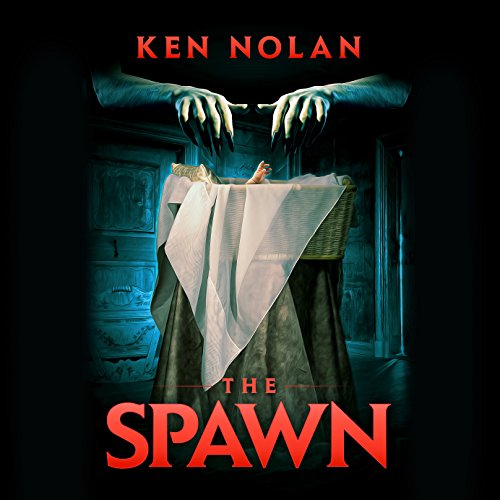 Meet the Malcolms. They've just moved in to a home they can't afford, they're trying to climb a social ladder that they don't belong on, and both are chasing careers that are just out of their grasp. They want a child, but every time they try, every attempt they make, fails.

Charles Malcolm, successful best-selling writer of cutting-edge, timely pop-science books finds himself staring at the blank screen. Unable to top himself yet again, he descends into writer's block, and finds himself taking long walks through Boston's historic cemeteries, his dog at his side. Janet Malcolm finds herself chasing partnership at a high-powered law firm while facing her latest medical results - she can't have children.

Desperate, Janet will try anything to have a baby. Charles watches as his wife seems to change before his eyes, spending more time with the mysterious and alluring couple next door. Then, one day a miracle occurs - Janet is pregnant. Charles is elated. Why wouldn't he be? But... was it a miracle? Charles realizes that he can't remember certain periods of time, and has horrifying glimpses of memories - cult members, blood, and some... thing, from the deep ocean, risen, hungry, red-eyed. As his new infant son grows ever larger, he begins to suspect that the boy may not have been conceived naturally.

As Janet slips into madness, Charles begins to doubt everything in his life, from the people around him, from his next door neighbors, to his own wife, and finally - to his infant son.

What a pleasant "horror" surprise!

Took a break from zombies....just what I needed....demons. Loved it! Would have given it 5 stars but some parts were a bit of a cliche. Demon spawn, premise seemed allot like Rosemary's Baby. Pay a high price for deepest wishes, baby, promotion etc. Right down to the eccentric neighbors who intrude upon the protagonists lives. Baby conceived, was the husband (or Rosemary) dreaming or was there really a "monster" there. Wake up the next morning (though "how" the baby was conceived was a nice twist) with unexplained injuries......nope still just a dream. Difficult pregnancy blah blah blah. BUT Narrator did an EXCELLENT job, there were some really good twists and the characters/ story was nicely written. I would definitely give it a try! Should have been listed in Horror though instead of sci fi.............off to see what else the author has written!

What made the experience of listening to The Spawn the most enjoyable?

Tight story line and excellent performance by the narrator.

Charles. His character was the best defined. Struggling author, expectant father, unfaithful husband all brought to life by the author.

Listening to audio books makes long cars trips fly by, which is what happened with The Spawn.