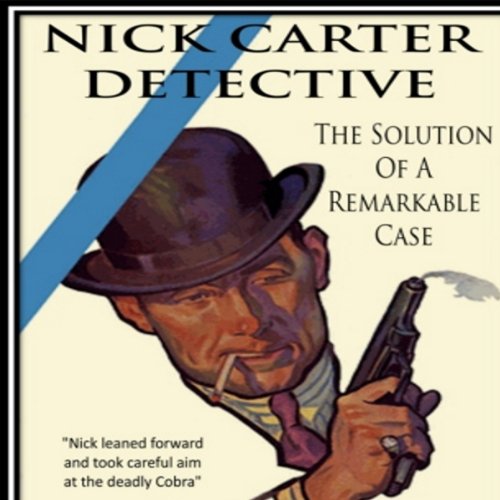 The Solution Of A Remarkable Case

By: Nicholas Carter
Narrated by: Kelly Klaas
Try for $0.00

Eugenie La Verde had been found dead in her room and the murderer had not left a single clue, however slight, by which he could be traced. Her face was distorted and swollen almost beyond recognition, and in spots was highly discolored, where the blood had coagulated beneath the skin.

Her mouth was open, and her eyes were wide and staring, even yet filled with an expression of the horror through which she had passed just before her death. Her delicate hands, pretty enough for an artist's model, were clenched until the fingernails had sunk into the tender flesh and drawn blood. The figure bore evidence of a wild and terrific struggle to escape from the grasp in which she had been seized, while the dull blue mark around her throat told only too plainly how her death had been accomplished.

What listeners say about The Solution Of A Remarkable Case