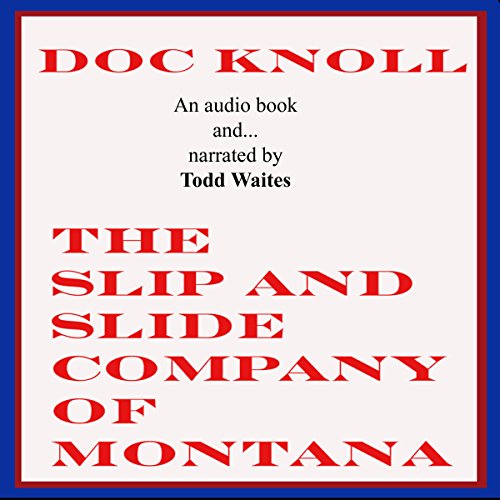 The Slip and Slide Company of Montana

The Slip and Slide Company of Montana

Paul Rago is a Montana man entering retirement. As he flew to his daughter's wedding in Naples, Italy, his plane is hijacked over the Mediterranean. During his ordeal at the hands of Hezbollah terrorists, he forms an allegiance with two other hijacked passengers. One is an Italian beauty and the other is a retired university professor from South Carolina. Naturally, things begin to happen as they decide to make their escape and head into the Syrian Desert.

From this point of the escape, it is a wild ride until they make the acquaintance of a corrupt US State Department officer on the island of Cyprus. When the three realize that the basic pride and integrity of the US is being trampled by this man's greed and ideology, the three unlikely partners team up and, with the help of some of Paul Rago's friends, they root out the corruption which has been presented to them.

What listeners say about The Slip and Slide Company of Montana

I thoroughly enjoyed this book. The level of detail is incredible. Never imagined the amount of political intrigue that goes on behind the scenes. Hard to believe this is fiction. It sounded so real. Thanks to Doc Knoll for the story and kudos to Todd Waites for keeping me on the edge of my seat.

Would you listen to The Slip and Slide Company of Montana again? Why?

What other book might you compare The Slip and Slide Company of Montana to and why?

some of cj box

If you could take any character from The Slip and Slide Company of Montana out to dinner, who would it be and why?

the hot chick why? chicks dig me