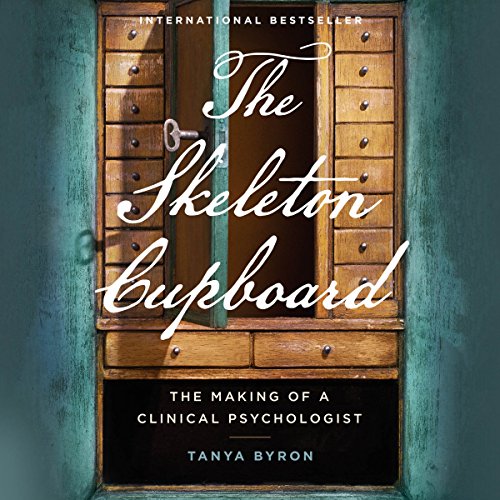 By: Tanya Byron
Narrated by: Imogen Church
Try for $0.00

In my session with Imogen, the words were still not coming. I had to move past my own frustration and relax. But it is very hard to relax when you are looking into the eyes of a mute little girl who wants to be dead. You don't want to relax; you want to pull her into your arms, hold her and then shake her until she tells you why. You long to say, "Why do you want to die? You're 12 years old."

Gripping, unforgettable and deeply affecting, The Skeleton Cupboard recounts the patient stories that most influenced Professor Tanya Byron, covering years of training that forced her to confront the harsh realities of the lives of her patients and the demons of her own family's history. Among others, we meet Ray, a violent sociopath desperate to be treated with tenderness and compassion; Mollie, a talented teenager intent on starving herself; and Imogen, a 12-year old so haunted by a secret that she's intent on killing herself.

Byron brings the listener along as she uncovers the reasons each of these individuals behave the way they do, resulting in a thrilling psychological mystery that sheds light on mental illness and what its treatment tells us about ourselves.

What listeners say about The Skeleton Cupboard

I enjoyed this book. It held my interest and I liked hearing the different stories of the people.

I think this should be adapted into a screenplay.

It would definitely be a book I recommend you read.

This was easy to listen to because it was well written from a perspective that isn't always seen in books about mental illness- from a position of retrospect of a clinical psychologist describing fictional yet well rounded patients whom all touched her life both professionally and profoundly as she learns from working with them how to think differently and outside of the text book in real life scenarios. Imogen Church's performance was once again outstanding. By far one of the best narrators I've come across. Engaging and tearful at times, this book will capture those interested in mental health in any way, but even those who may not even realize they have an interest will find it engrossing to the end. This one is going to my favorites shelf.

what a true let down. A boring self analysis of her career in mental health.zzzzzzzzzzzzz