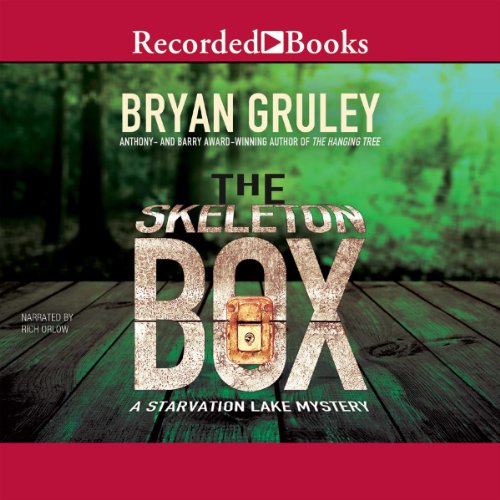 By: Bryan Gruley
Narrated by: Rich Orlow
Try for $0.00

The third novel in the award-winning Starvation Lake series finds Gus Carpenter faced with a new case that reveals a haunting secret from his own family’s past. Mysterious break-ins are plaguing the small town of Starvation Lake. While elderly residents enjoy their weekly bingo night at St. Valentine’s Catholic Church, someone is slipping into their homes to rifle through financial and personal files. Oddly, the intruder takes nothing - yet the “Bingo Night Burglaries” leave the entire town uneasy. When the break-ins escalate to murder, Gus Carpenter, editor of the Pine County Pilot, is forced to investigate the most difficult story of his life. Not only is the victim his ex-girlfriend’s mother, but her body was found in the home of Bea Carpenter - Gus’s own mother, who remembers little of the break-in. With the help of Luke Whistler, a former Detroit Free Press reporter who came north looking for slower days, Gus sets out to uncover the truth behind the murder. But when the story leads him to a lockbox his mother has kept secret for years, Gus doesn’t realize that its contents could forever change his perception of Starvation Lake, his own family, and the value of truth.

What listeners say about The Skeleton Box