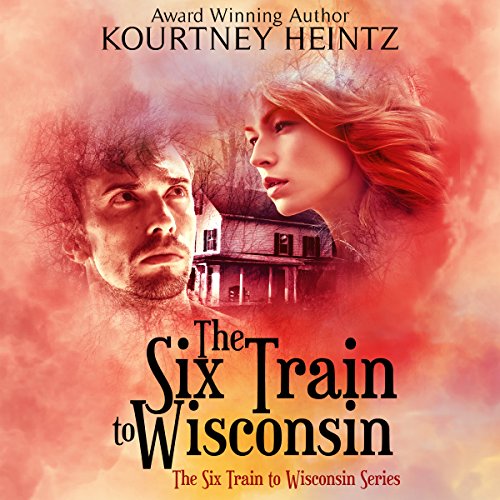 The Six Train to Wisconsin, Volume 1

By: Kourtney Heintz
Narrated by: Christa Lewis
Try for $0.00

Sometimes saving the person you love can cost you everything. There is one person that ties Oliver Richter to this world: his wife Kai. For Kai, Oliver is the keeper of her secrets. When her telepathy spirals out of control and inundates her mind with the thoughts and emotions of everyone within a half-mile radius, the life they built together in Manhattan is threatened. To save her, Oliver brings her to the hometown he abandoned - Butternut, Wisconsin - where the secrets of his past remain buried. But the past has a way of refusing to stay dead. Can Kai save Oliver before his secrets claim their future? An emotionally powerful debut, The Six Train to Wisconsin pushes the bounds of love as it explores devotion, forgiveness and acceptance.

What listeners say about The Six Train to Wisconsin, Volume 1


STORY REVIEW.......
The Six Train to Wisconsin is an amazing debut that offers mystery/suspense, paranormal, romance, and humor all in one package. The author's writing style is vivid, electric and engaging. The novel was a page-turner for me from the start. The characters feel alive and the dialogue I would recommend this novel to everyone who enjoys a good read.

AUDIO REVIEW......
I found the narrator to be rather good at reading the book as well as giving the characters life, voice and depth.

Took a long time to set the scene - almost gave up on the book but the last part was very intense. Narrator was good.

This was a great read.Only Oliver can save his wife from her thoughts and everyone elses thoughts.She is a telepath on the verge of destruction.Kourtney Heintz brings Kai to life in this first book in a series.I enjoyed it.I was given this book free of charge for an honest review.

Excellent story line with a twist

Hard to imagine how a telepath of Kai's ability could have survived in NYC for any length of time but with Oliver's help she did.
When Kai's emotions start spinning out of control Oliver kidnaps Kai and takes her to his hometown of Butternut, Wisconsin. Now the real story begins. There are secrets in this small town that threaten to destroy everything. Oliver and Kai need to solve the mysteries before it is too late.
Christa Lewis brought all the characters to life and I really enjoyed her reading of this book.
Overall I really enjoyed the story of Kai and Oliver. I was however a little disappointed with the ending. Even though this is a series and the story will continue we were left with too many unanswered questions.
I was gifted this book by AudioBlast for an unbiased review.

In this book, we have Kai, who is a telepath. Kai isn't just a telepath, she's a telepath that lives in NYC!! And then there's the lovely Oliver, Kai's husband, who is starting to get more than he bargained for.
In this paranormal romance, we get to take a journey to see just how far love reaches. It is a very sweet book of love, while becoming a thriller at the same time. Both the narration and writing of this book are well done. I give this 4 STARS.

Sure. I always have an audiobook to keep me company while doing things around the house.

Would you ever listen to anything by Kourtney Heintz again?

Yes. I felt the author did a great job helping me to know and understand Oliver and Kai. I was able to feel their love for one another and due to their immature relationship (still newlyweds) get frustrated with them and their actions with one another. I felt like their adopted mother and I need to sit them down and shake 'em.

Christa did a great job. I felt I really got to know both Kai and Oliver.

Did The Six Train to Wisconsin, Volume 1 inspire you to do anything?

No. In the end, the story moved a little too slow for me. I wanted there to be a more satisfying ending.

I received a copy of this audiobook from the author in exchange for an unbiased review (via Audiobookblast). Thanks so much.

Narration - Christa Lewis - Pretty Good. This is not a narrator who is doing character voices. She drops her pitch a bit for males and raises it for females, but for the most part, she's just a good story teller and I enjoyed listening to her.

The story was really an interesting and kinda unique concept for a paranormal story. So as the blurb says, they leave New York for Wisconsin (actually Oliver pretty much kidnaps Kai for her own protection) It starts out pretty interesting and the middle is more about the insecurities of their relationship as they go back to his hometown where there is family, friends and ex-girlfriends. Since Kai is a telepath, she unfortunately can hear the thoughts of everyone, including Kai's ex (who still wants him). So the middle of the story contains quite a bit of drama regarding his ex.

There's a bit of silliness with a pet turkey, which we must pretend is believable, but hey, it's fiction right?
The last quarter of the book really heats up with all the mysteries and secrets of the past being revealed. But I felt this was the best part about this book. It could have really gone down the Scooby Doo trail, but it didn't and that's so awesome to me! I enjoyed how Kai's powers and memories were primarily used to reveal some of the deeper demons of the story instead of "the old in-keeper reciting his vendetta" like a Scooby Doo episode! So big kudos for that!

Hard book to put down!!!

This book had me hook line and sinker from the start. I like to listen to my books while making dinner or just relaxing before bed but if this book didn't make it hard to put down. Wow! This is a must read book for sure. The way Christa Lewis told this story was wonderful
she brought each character to life. She was the perfect choice for this book...

What made the experience of listening to The Six Train to Wisconsin, Volume 1 the most enjoyable?

The author's ability to convey in detail her perception of the characters' thoughts in the very recesses of their mind made listening to this book extremely enjoyable. The book translated well into an audible version and I never had a problem following or imagining where I was in the story. Christa Lewis also delivered a wonderful performance, bringing these characters to life without taking away from the story.

What other book might you compare The Six Train to Wisconsin, Volume 1 to and why?

The closest book I can think of that I can compare to The Six Train to Wisconsin is The Witness by Nora Roberts. Both books are filled with intrigue and suspense and are written with complex characters that let you into their mind and allow you to follow their intricate thought patterns. The common factors in their psyche made both exceptional reads.

I had many favorites, but one of the poignant shifts for me was what Oliver did to get Kai out of New York. It was only the beginning of the things that were revealed in this book that he did to keep his wife with him.

There were quite a few moments, but one that stands out to me is particularly disturbing and I guess the surprise and devastation surrounding that scene made it so. Kai is a social worker for children and early on in the book there is a incident that tips her psychic scale. It rocked me, leaving me slightly shaken.

Kai's ability is only one part of this book that is full of twists and turns. The story begins because of it and surrounds Kai and Oliver, but it doesn't end there. The secret surrounding the town where Oliver takes Kai to heal creates the perfect backdrop for mystery, abduction and murder. I enjoyed the entire ride to the end of this story.