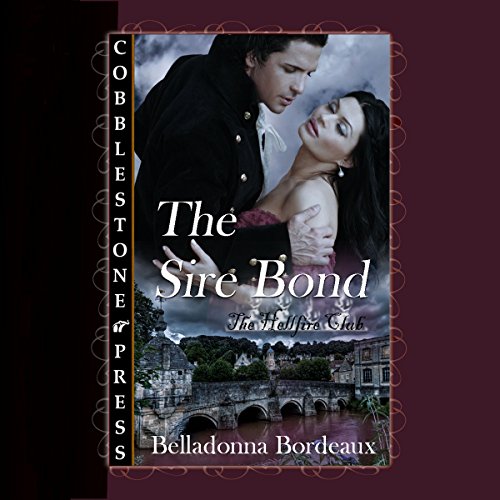 By: Belladonna Bordeaux
Narrated by: Allison Cope
Try for $0.00

There's a new vampire in London. One he can't resist. One he must avenge.

Joseph Hutton, the governor general of all vampires residing in London, is at his wit's end. A new vampiress is living in his district and dodging his every attempt to meet with him. Finally cornering her at a debutant ball, Joseph is stunned to discover his new minion is a young woman he met over a century ago. A woman who was destined to be his mate.

Tormented by her creator, Elspeth Moore never understood why Robert de Belesme made her a blood-sucking nightwalker. The truth is she is a pawn in a feud nearly a millennium old. She'll put all her faith in Joseph because she has no recourse but to. He must break the sire bond or destroy her.

What listeners say about The Sire Bond