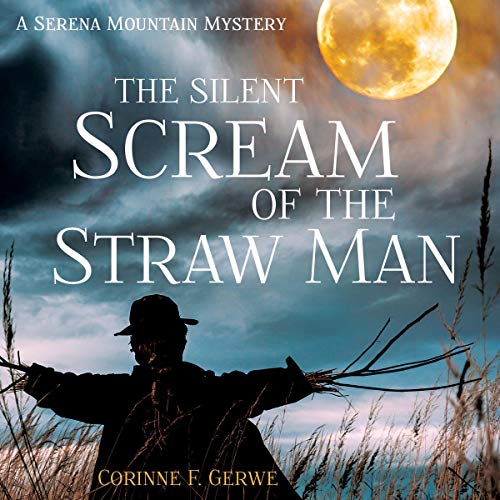 The Silent Scream of the Straw Man

The Silent Scream of the Straw Man

It’s late September, and things are peaceful in the tiny mountaintop town of Serena. The farm fields and gardens produced a bountiful harvest, including at the new Raven Brook Falls Winery with its acres of vineyards on the outskirts of town.

Residents of Serena are abuzz with excitement over a Hollywood film about to be made near the winery on the site where murder and scandal had once occurred. But none of this is a threat to local residents. Autumn is in the air, and all is well, until Serena’s Chief of Police Jeff Farley is called to Sutton Farm.

The gruesome discovery of a murder victim in Jim Sutton’s garden, followed by the appearance of a mysterious scarecrow in the midst of town seemed to be unrelated. Chief Farley, with the aid of psychologists Kate and Devlin McManus, is once again thrust into a web of intrigue as one horrifying incident after another generates an atmosphere of terror and paranoia among Serena’s citizens.

Chief Farley’s murder investigation is repeatedly hindered by an elusive diabolical prankster who is terrifying the children of his town and a film company of outsiders who might be harboring a dangerous suspect.

Chief Farley and a cast of familiar characters return in a spellbinding tale to captivate listeners as it unfolds with as many twists and turns as a mountain road. The Silent Scream of the Straw Man abounds with enough mystery, excitement, humor, and romance until the end.