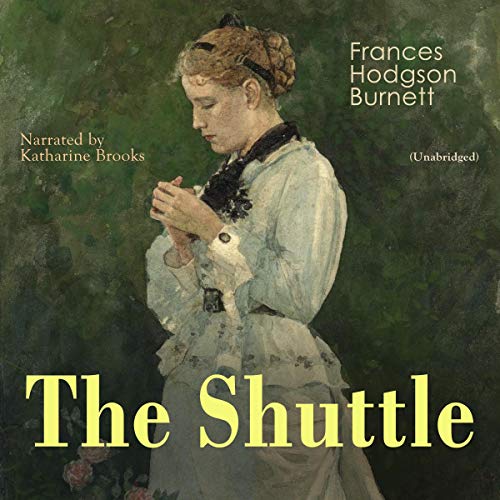 By: Frances Hodgson Burnett
Narrated by: Katharine Brooks
Try for $0.00

"The Shuttle" (1907) is a novel by Frances Hodgson Burnett. Sir Nigel Anstruthers comes to New York to search an heiress, as he no longer has enough money to keep up his estate, Stornham Court. He marries the pretty and treasured Rosalie, the daughter of an American millionaire. But on their return to England, Nigel and his mother control and isolate Rosalie from her family. Many years later, Rosalie's sister Bettina, who has spent a decade wondering why Rosy has lost contact with the family, arrives at Stornham Court to investigate.

She discovers Rosalie and her son Ughtred, physically and emotionally fragile, living in the ruined estate. Bettina, begins to restore both Rosalie's health and spirits and the building and grounds of Stornham Court in Nigel's absence. Bettina attracts the attention of the local gentry and re-integrates her sister into society, while she gains the respect of the villagers by her insistence that repairs be done by local workers.

What listeners say about The Shuttle