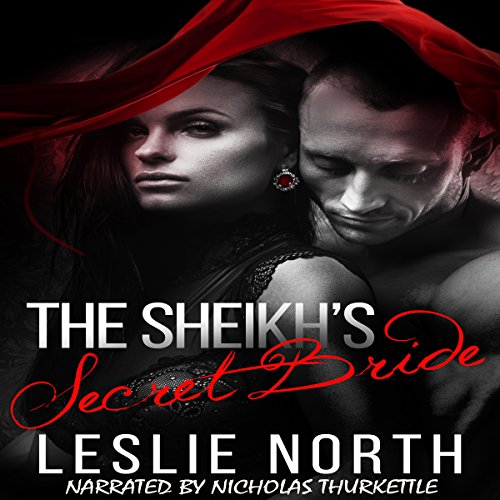 By: Leslie North
Narrated by: Nicholas Thurkettle
Try for $0.00

Work always comes first for Sheikh Nassir Adjalane. From an early age, he learned business was infinitely more important than having a personal life. But with pressure from an opponent on his board, Nassir suddenly has only one month to marry, or risk being voted out of his company. With everything he's worked toward on the line, Nassir desperately needs a bride...and only one woman will do.

Wedding planner Janna Davis never imagined she'd be summoned to the Middle East to plan Sheikh Nassir's nuptials. But the outrageous sum he's offered will finally give her what she needs to stand on her own two feet. As the planning gets underway, Janna is put off by Nassir's businesslike manner, but she can't deny his appeal. No matter what she's feeling though, Janna has a job to do.

Janna values her independence and refuses to fall for a soon-to-be married man, but what will happen when she learns that she is Nassir's intended bride?

What listeners say about The Sheikh's Secret Bride

I liked the book very much. The narrator was ok as well. The only problem I had was the instalove factor, but ultimately the book is sweetly romantic and I loved that.

This book is entertaining. It's kind of a fairy tale romance. The narrator was very good.