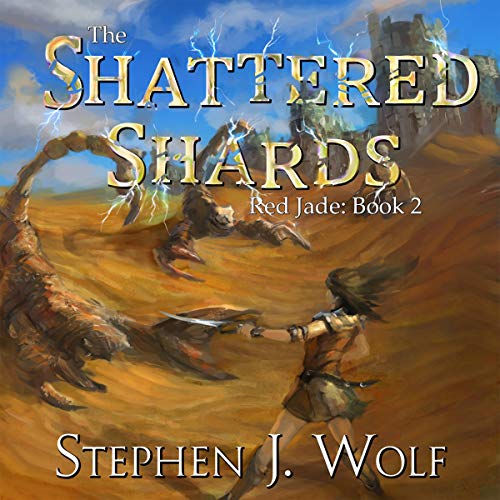 With the fall of the prisoner’s tower, Dariak and his companions head west toward his home kingdom of Hathreneir. The group struggles against feral creatures while striving to avoid the king’s soldiers. With each piece of the Red Jade, Dariak’s powers grow, but - as in Pindington - he can’t always control them.

As the group journeys through the opposing kingdoms, each member must confront his or her past. Though they gather allies along the way, the war looms closer and peace seems ever out of reach. Only uniting the jade fragments can save them, or so Dariak believes.

The desert expanse of Hathreneir reaches silently toward the lush fields of Kallisor. Restoring the balance of magic can save the realms, but with the shards in the hands of foes, and two kings locked in an ages-old battle, the Red Jade isn’t the only thing that is shattered.

What listeners say about The Shattered Shards