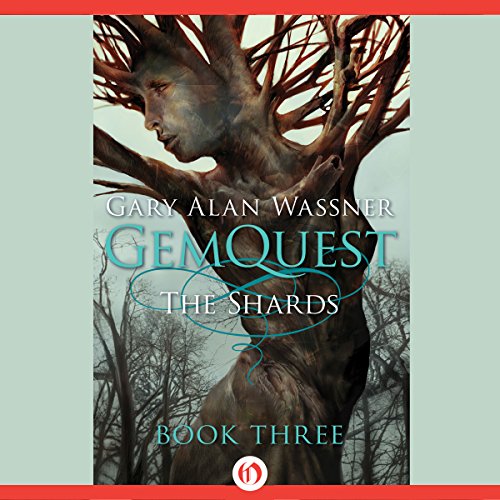 In this third volume of the GemQuest series:

Captured and imprisoned by Colton, the wizard Premoran rails against his fate. Without Premoran, the essences of the ancient Lalas trees will be lost forever.

While the Twins prepare to embark on their separate quests for the Gem of Eternity, another rises to aid the Lalas. Her name is Tamara, a Sister of Parth. Trained in the mystical mysteries, though unaware of the true extent of her power, she alone can traverse the Hollows - those empty spaces between life and death - to retrieve the 11th shard , without which the Twins' quests are doomed to fail.