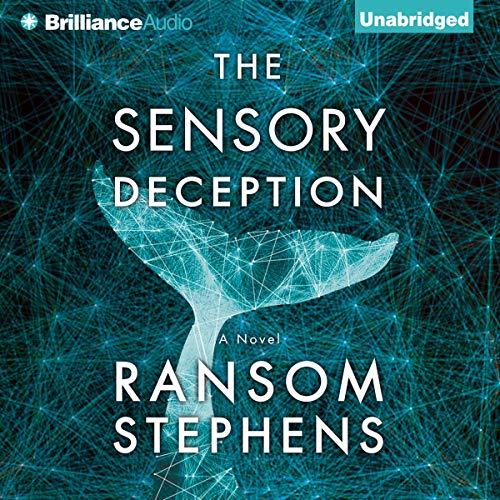 By: Ransom Stephens
Narrated by: Jeff Cummings
Try for $0.00

"I can’t believe I ate a seal. And really enjoyed it."

Moments after venture capitalist Gloria Baradaran experiences what it's like to be a polar bear - really be a polar bear - she knows she's found something revolutionary. Farley Rutherford and his team - migraine-tortured neurologist "Chopper" Vittori and uber-geek engineer Ringo Hayes - have created sensory saturation, a virtual reality system that drops users into the psyches of endangered animals as they fight for survival, and they believe the profound experience could turn the indifferent masses into avid environmentalists.

The Sensory Deception is a mind-blowing, globe-trotting ride that will take listeners from cutthroat Silicon Valley boardrooms to pirate ships off the Somali coast to the devastated rain forests of the Amazon, all to ask the question: What is a human life worth compared to that of an entire planet?

What listeners say about The Sensory Deception

Story may have been developing slowly and was borderline campy, but the overall reason I stopped was the narration. The main female protagonist was portrayed like an unsure, unintelligent, airy speaking person. Id rather just hear the male voice since the acting was not to my liking. To each their own.