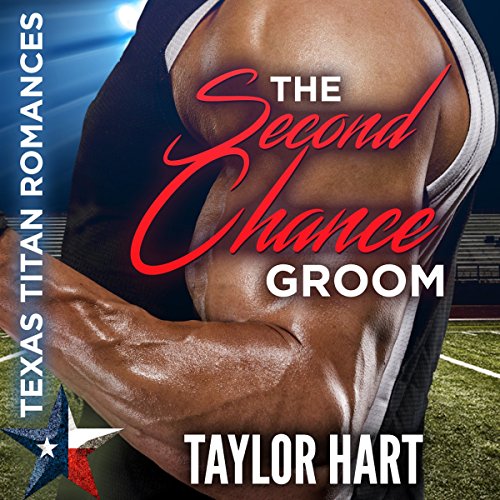 By: Taylor Hart
Narrated by: Theodore Copeland
Try for $0.00

Playing second-string to his big brother, Zeus of the Texas Titans, wasn't in Anthony Kincaid's life plan - Kinkaids are never second-string. But after what should have been a career-ending injury, he's happy to still be in the game. With his life in a constant state of flux, it shouldn't have been a surprise to see his first love at a PR event. When old feelings rise to the surface, he finds himself kissing her...too bad she slaps him.

As if mourning her fiancé who was killed in the line of duty wasn't hard enough, Cassidy Stone reluctantly returns to her old stomping grounds to help her dad through chemo. With everything she's going through, she doesn't need Anthony Kinkaid, the man who broke her heart at the tender age of 16, in her life. But when the owner of the newspaper asks if she'll do an exclusive interview on Anthony, she accepts. After all, who better to get the truth than the woman who knows all his secrets? She's objective. She is!

When Anthony makes it clear to her he's in this interview for more than just the article, she becomes caught up in their shared memories and falls for him all over again. But old boyfriends and fiancés never really disappear, and when new secrets come to light, she is faced with a choice: Let go of the past or give it one more second chance.

The audiobook contains a sneak peak at The Dream Groom and The Tough Love Groom.

What listeners say about The Second Chance Groom