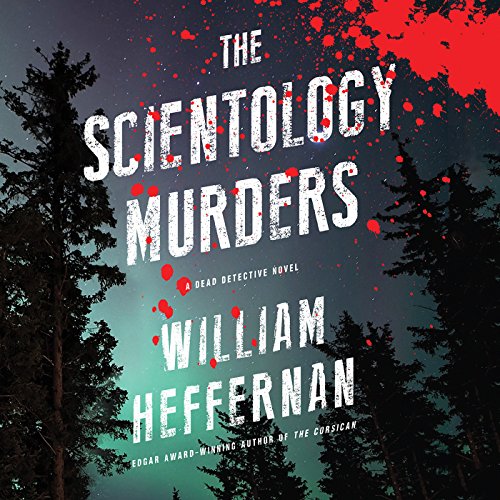 By: William Heffernan
Narrated by: John McLain
Try for $0.00

Harry Doyle, known to his peers as the Dead Detective, finds himself faced with what many consider the most powerful and secretive cult in the country - Scientology. Clearwater, Florida, the spiritual center of Scientology, is run by a fanatical group of true believers who insist that members remain pure and true to their faith. One senior leader has a young man in his employ, a twisted soul who will stop at nothing to make sure the rules are followed. But Harry Doyle, his partner Vicky Stanopolis, and Clearwater Sergeant Max Abrams are in hot pursuit, forcing the killer to run for cover. In a shocking denouement where everyone's life hangs in the balance, Harry and Vicky come face-to-face with death in a form they never expected.

What listeners say about The Scientology Murders

A little better than OK

It was a good topic, however, the ending was a little over the top.

One really has to suspend belief.

A good reader does not get in the way of the book. When they do well, you enjoy the experience. I thought he was a perfect fit. He switched from male to female voices without distraction.

Could you see The Scientology Murders being made into a movie or a TV series? Who should the stars be?

I read the Dead Detective first, it was ok, good enough to continue, so I read this installment. I will read the next one if the series continues, but won't wait breathlessly for it.

all this build up and then the ending, Can there be a worse ending to a book???
So buy the book or don't but don't get angry when you get the end and it is just a fail