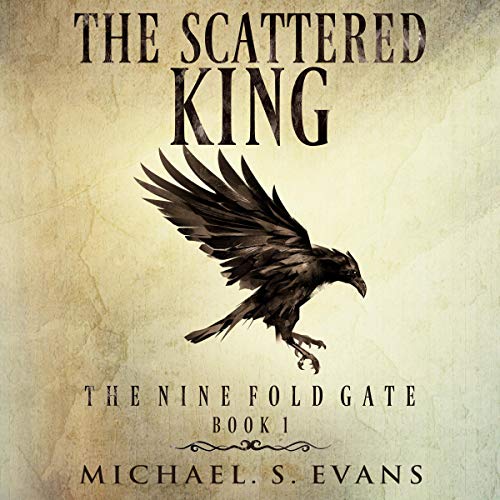 Gilliath, The Maker, has been betrayed by his fellow gods. His soul was carved into nine fragments and scattered across the world. The most potent part sent through the Ninefold Gate to the realm of death. All to prevent his ever returning to unmake the world he created. But now the Ninefold Gate is broken, and Gilliath has returned and is seeking the scattered parts of his soul. And the gods who betrayed him, well, they are frightened.

Brennus, a retired soldier turned inn keeper, is unwillingly recruited by the Carrion Queen, the Goddess of Death herself, to find Gilliath and prevent his resurrection; a task made all the more perilous because Gilliath can take possession of anyone. Brennus and his friends find themselves in a desperate fight for survival, and some will fall.

Snee, former captain of the night guard of T'eag, finds her past returns to haunt her through the words of a false prophet who knows far too much about her deepest secrets. She must fight to save not only herself but her oldest friends from the vengeance of a monster she thought she had escaped long ago. And though she does not know it, one of those friends holds the secret to the location of all of the scattered parts of Gilliath's soul.

Iordanis, elf assassin to Bera, Goddess of the Wild, is sent into the human world to finish a task she failed years earlier. She finds herself fighting alongside people she has considered enemies for all her life against demons from the deepest reaches of the Earth.

What listeners say about The Scattered King

One of the best stories I've listened to this year

Brilliantly written and carefully edited, The Scattered King features a cast of engaging characters and clever humour throughout. I often found myself laughing out loud at some of its witty passages.
This is a character driven story with a complex plot aimed at an adult audience. Until about a third of the book I had little idea of what was going on and just went along with it for the pleasure of the narrative itself. The book ends when the plot finally starts to make sense. I'm fine with that, it's a series after all, but still, it felt a bit abrupt. Thankfully, the next book in the series is already out!
The audio narration took some getting used to, and the editing was jarring at times.
The author provided me with a free copy of the audiobook in exchange for an honest review. The opportunity was a pleasure and I intend to continue reading this series.