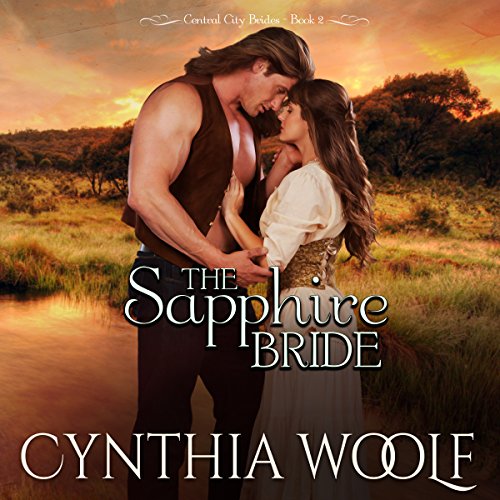 By: Cynthia Woolf
Narrated by: Beth Kesler
Try for $0.00

Ava Lewis is a jewelry maker, the only woman jeweler where she works or that she knows in the business. Ava opens her door to find her brother who immediately falls unconscious to the floor. When she gets him awake and onto the sofa, he tells her he's dying, wounded by a poisoned blade. He demands that she take his pouch full of jewels and run. The only option she sees is to sign up as a mail-order bride under an assumed name, Jane Smith.

Seamus 'Lucky' Madigan is a saloon owner. He won three different saloons in poker games and now makes a good living from the businesses. He sees how happy his friend and former captain is with his mail-order bride and orders one for himself. He desires a bride who hasn't known every man in town in an intimate way. Someone he could introduce to his mother, if he had one alive.

When the same man who killed her brother comes after Ava, it will take all Seamus's skill with a knife and as a part of a sniper unit to protect his new bride.

What listeners say about The Sapphire Bride

This was an interesting story that keeps you wanting to see what happens next. I enjoyed the narrator also. I recommend listing to this Book

I greatly enjoyed this story, it is very well written. Beth did a great job. This was the first time I read for the author but not the last.

Who is After Ava?

Ava's brother, Jeffrey told Ava to flee, he wanted her safe. She went to the matchmaker and became a Mail Order Bride.

Ava arrived and was surprised that her husband to be was waiting for her so that she wouldn't have to ride in the stage the rest of the way.

Trouble followed Ava, someone wanted what her brother gave her and was willing to kill her to get it. Can Lucky keep his wife safe?

Bad and sad things happened but to find out about it and other things in the story, I recommend that you get this incredible Audiobook and listen to it yourself.

Beth did a wonderful job reading this Audiobook to me. I'm sure you will enjoy listening to her also.