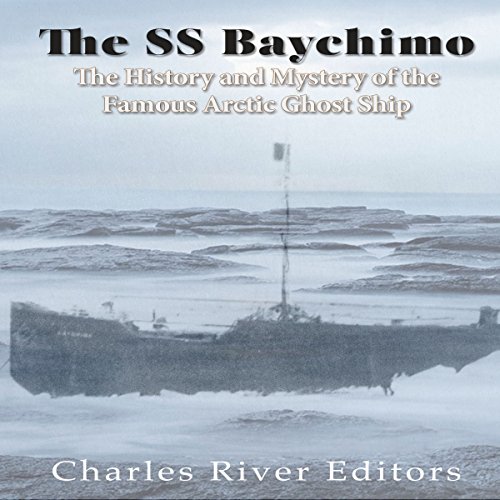 The History and Mystery of the Famous Arctic Ghost Ship
By: Charles River Editors
Narrated by: Scott Clem
Length: 1 hr and 3 mins
Categories: History, 20th Century
1 out of 5 stars 1.0 (1 rating)

By the early decades of the 20th century, the fur trade had tapered off some from its heyday in the 19th century, but it still proved profitable enough for hunters to live for months at a time in remote regions of Alaska. Their only contact with the outside world consisted of the company ships that came to buy their furs and bring them supplies. One of these vessels was the steamer Baychimo, a Hudson's Bay Company ship that plied the treacherous waters off Alaska, Arctic Canada, and Siberia for many years, supplying remote outposts of Inuit and Anglo trappers and bringing back their catch of furs. Her sailors were experts at handling Arctic waters, but one year the weather proved too much for them. In October of 1931, the Baychimo was carrying $1 million in furs for the Hudson's Bay Company when it was trapped by early winter pack ice in the Beaufort Sea. Ice is a powerful force of nature that can crush even the strongest of ships, so the captain had no choice but to order his crew of 14 men to unload all equipment essential for their survival and abandon the Baychimo. The cargo was too valuable to give up, however, so they retrieved lumber from the ship's carpentry stores with which to build a small house on the nearby ice. The captain hoped the ice would shift and free his vessel, at which point they could use one of the lifeboats to row back to the Baychimo and steam back home. In the worst-case scenario, they would have to spend the winter on the ice and wait for spring thaw. They wouldn't be the first Arctic crew to have done that. The Hudson's Bay Company airlifted out part of the crew, while the captain and remaining sailors hunkered down for a long wait, hoping the ice would break apart soon. Nature had other ideas.

Narrator sounds worse than my computer, and the information contained is utterly unsatisfying. You can watch a 10min YouTube video and learn more about this ship than I just did listening to this book.