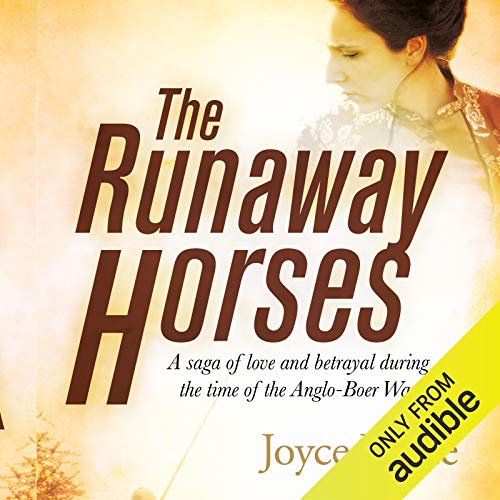 By: Joyce Kotze
Narrated by: Peter Noble
Try for $0.00

A sweeping family saga of love, loyalty and betrayal in the time of the Boer war.

Two sets of cousins, Boer and Brit, find their destinies inexorably intertwined in the politics and mayhem that led up to and encompassed the Anglo Boer War of 1899-1902. From Transvaal to Victorian England, the cousins form strong bonds that are tested on the battlefields of South Africa. Martin de Winter, nurtured to lead his country, Transvaal, into the 20th century, instead finds himself excelling as a gifted young general, fighting a desperate war to keep his nation from ruin, all the while being haunted by his love for a British woman.

James Henderson, cavalry officer, is forced by his father, a military aristocrat, to marry or face expulsion from his regiment. Bound for India, the regiment is diverted to South Africa to fight the Boers. James rides to glory and honour but is at the mercy of his loyalty to his country and his compassion for his Boer family.

In the drawing rooms of Cape Town and Pretoria, Stefanie de Winter, celebrated pianist, is viewed from both sides with suspicion. Fiercely loyal to her brother Martin, but in love with a British officer, she embarks on a dangerous path to keep them both.

Doctor Charles Henderson tends to the slaughter on the battlefields. He is devastated by the wilful destruction of his adopted country, Transvaal, and anguished by the part his brother, James, plays in this.

Karel and Rudolf de Winter, twin brothers devoted to each other and their horses to the exclusion of all else, fight a battle against the bullet that might separate them forever. Through anger, injustice and betrayal, the family discovers that there is a force stronger than war.

What listeners say about The Runaway Horses

I loved it through out. The performance by Peter Noble was exceptional and drew me into the world of each of the characters. I highly recommend The Runway Horses

An impartial story of a war.

Well written and great research . The charaters jump from the page and stay with one. Unputdownable. The story line makes for compulsive reading. A very well voice portrayal.
(I'm not the author. We seem to share a name.)

Such a wonderful story/saga of a horrible war. So well written and very importantly very well narrated.

So often good books are ruined by bad narrative, this book was wonderful.