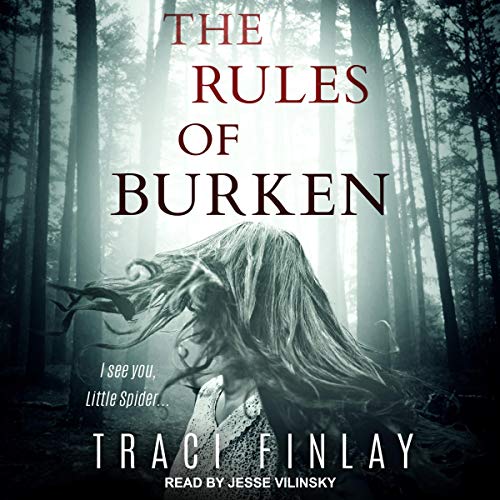 By: Traci Finlay
Narrated by: Jesse Vilinsky
Try for $0.00

Twenty-four-year-old Charlotte Stahl would do anything for her older brother, Ian. After all, he'd done everything for her growing up. He played Burken with her - a hide-and-seek game they made up as kids. He comforted her when their mom deserted them. He raised her when their dad went to prison for murder. To Charlotte, Ian is the only reason she's still alive - he's her rock. So when Ian asks her to play Burken in the isolated woods of Cadillac, Michigan, Charlotte feels she could use the nostalgia and agrees. Burken - it's the one thing that never changes...until Ian threatens to kill her in the middle of the game.

More than the rules have changed as Brother turns to Predator, Sister turns to Prey, and she's navigating the forests of Northern Michigan on foot with nothing but the clothes-and a target-on her back.

If Charlotte wants to stay alive, she knows she has to untangle the web of her haunting past to find out where things went wrong, and at what point she lost sight of reality. With no other choice but to reopen old wounds-and with Ian hot on her trail-Charlotte learns that sometimes evil has to manifest in order for good to succeed. Which makes her wonder . . . Is Ian really a monster? Or her savior?

What listeners say about The Rules of Burken

A sociopath, pedophile, narcissist, and a naive adult all in one family!

The story starts out pretty fast, a seemingly innocent game of Burken turns into running through the woods for your life. Then everything slows down for the backstory and character development, that’s when we slowly realize how everything went so wrong for Charlotte’s family.

The main character Charlotte is 24 years old when introduced to the listeners, and unbelievably naive, which is super annoying, but understandable given her sheltered life.

Without giving away any major details, I’m sure many listeners would say, “how could she not know her dad/brother blah blah blah?” Charlotte was kept blind from her dysfunctional family, manipulated, was probably in denial, and clung to what she had left, then at 24 years old, was suddenly forced to become independent, self sufficient, and face reality while fleeing from a sociopath hunting her with an axe. I can see how she got so messed up, and I’m glad the story ended the way it did.

This takes place in a small town, so people probably keep their issues from the public, but I’m absolutely amazed that Charlotte stayed so blind to everything that happened in her home. No one said anything to her? She never saw or heard anything suspicious? Really??? I’ve always lived in big cities, never in a small town where everyone knows you and could easily ruin your reputation with rumors, but I’m amazed that not even her best friend mentioned anything. Other than that, I liked the story and the narrator. It was interesting!