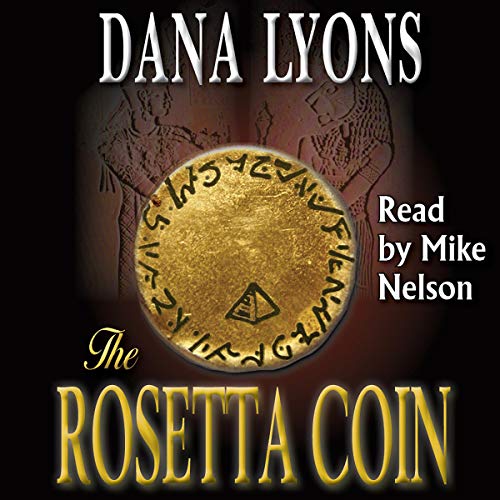 By: Dana Lyons
Narrated by: Mike Nelson
Free with a 30-day trial

An artifact many have died for.

An adventure that could change the world.

In the heart of London's elite social scene, Madelyn Fox has obtained an ancient artifact that could change humanity's view of science, religion, and mankind. But if she shares her discovery with the wrong person....

For centuries, the full wealth of the St. Germain family has been behind the protection of a secret so immense, so powerful, not even Solomon St. Germain himself knows the extent of it.

A descendant of the world's most famous Egyptologist, Nicholas Alexander Carter doesn't have to guess what Mady knows - or what she has - because he also possesses a rare piece of this archaeological puzzle.

Mercilessly tracked by a terrifying old enemy, the three unite in an explosive chase through gritty streets, marble estates, and underground bastions as their treasure trove of knowledge falters on the edge of disclosure - or destruction.

What listeners say about The Rosetta Coin

Well written and on the edge action. If you like thrillers and treasure hunting this is the book for you. Mike Nelson great job narrating!