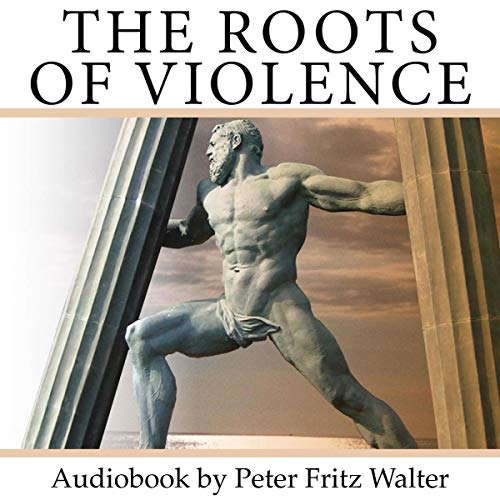 The Roots of Violence: Why Humans Are Not by Nature Violent

The Roots of Violence: Why Humans Are Not by Nature Violent (Essays on Law, Policy and Psychiatry, Vol. 10, 2018) is an analytical and policy study that presents abundant evidence that human beings are not by nature violent and that violence therefore is a conditioned response. The scientific disciplines examined are anthropology, biology, neurology, pedagogy, psychoanalysis, and sociology. The auidobook shows the historical development of the roots of violence as they sprang forth from the patriarchal murder cultures that were putting an end to the peaceful matriarchal empires such as the Minoan civilization in Crete.

To begin with, anthropological research by Bronislaw Malinowski and Margaret Mead in Polynesia shows how a truly peaceful matriarchal cultures is permissive in their child-rearing paradigm, giving children ample space for exploring their bodies and their sexual attractions to peers, while adults stay out of that space entirely. Biological research conducted by Ashley Montagu with rhesus shows how important tactile stimulation is for the young and how early tactile deprivations leaves scares in the psyche in the form of a messed-up relational code.

Furthermore, the research by neurologist Herbert James Campbell delivered evidence for the fact that all human endeavor is based upon pleasure, while later on, neuropsychologist James W. Prescott showed how pleasure and violence are mutually exclusive, which means that when pleasure, sexual, tactile, or other, is repressed, violence comes up in the brain as an "alternative conditioned response". Based on the research being on the table, the author draws policy conclusions for the prevention of violence both in the social and the educational domain.

What listeners say about The Roots of Violence: Why Humans Are Not by Nature Violent

A rambling book that ignores the history, biology, and psychology of violence and focusses instead on the authors advocating of sexual relationships with children. This was less a work of scholarship than a wordy opinion piece.