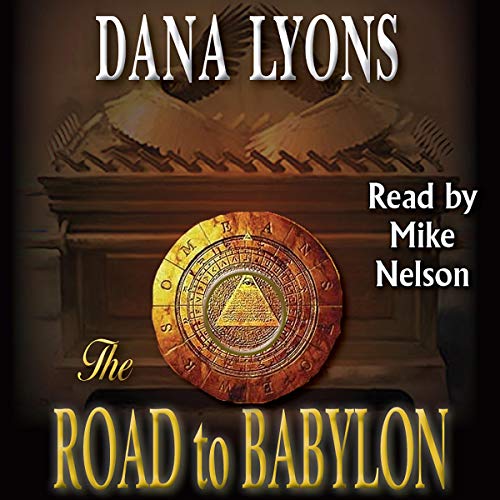 The Road to Babylon

The Road to Babylon

By: Dana Lyons
Narrated by: Mike Nelson
Free with a 30-day trial

A power so secret, even its possessor had been unaware.

A prophecy so ancient, the world had long forgotten it.

Eli J. Peterson has infiltrated the Illuminati, one of the world's most secret and feared societies. Now they're becoming the ones to fear him - a threat that can't be tolerated.

Aided by the wealthy St. Germain family, a descendant of the world's most famous Egyptologist, and a brilliant female archaeologist, Peterson is poised to fulfill the destiny about which his mother had always spoken.

Through museums and sites of long-ago castles, into the depths of Egypt, Peterson and his friends follow the prophecy encoded in his blood. What they discover could bring about a gift, an entire renaissance of humanity - or it might call to action an ancient Brotherhood more terrifying even than the Illuminati.

What listeners say about The Road to Babylon

There is a long section near the end of the book i wish someone would have done a better quality review to remove all the claps. I assume the claps are markers to remove later the mistakes in narration, though nobody removed the claps or the mistakes. It got to the point i was aggravated and almost didn't continue the book. I lost count how many were left in the final product i purchased

If you enjoy treasure hunt thrillers this is for you. Great pairing with the Rosetta Coin. Mike Nelson does a great job of bringing you into the story.