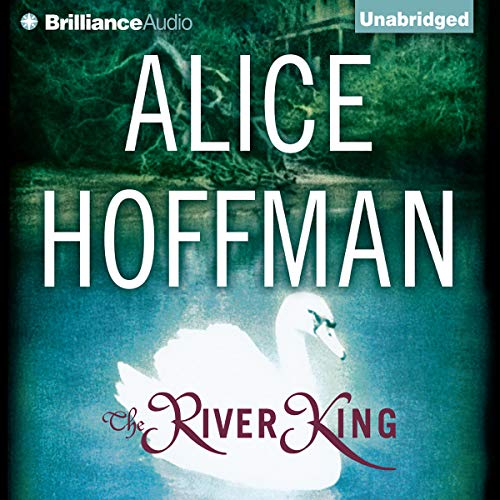 By: Alice Hoffman
Narrated by: Laural Merlington
Try for $0.00

For more than a century, the small town of Haddan, Massachusetts, has been divided, as if by a line drawn down the center of Main Street, separating those born and bred in the village from those who attend the prestigious Haddan School. But one October night, an inexplicable death thrusts the two worlds together, and the town's divided history is revealed in all its complexity.

The lives of everyone involved are unraveled, from Carlin Leander, the 15-year-old girl who is as loyal as she is proud, to Betsy Chase, a woman running from her own destiny; from August Pierce, a boy who unexpectedly finds courage in his darkest hour; to Abel Grey, the police officer who refuses to let unspeakable actions - both past and present - slide by without notice.

Entertainment Weekly has declared that Alice Hoffman's worlds are "replete with miracles", and The Boston Globe has praised her "iridescent prose, taut narrative suspense, and alluring atmosphere". Now she brings us a novel as compelling as it is daring, an exploration of forgiveness and hope, a wondrous tale of innocence and evil, and of the secrets we keep.

"As ever, Hoffman mixes myth, magic and reality, addressing issues of town and gown, enchanting her readers with a many-layered morality tale and proving herself once again an inventive author with a distinctive touch." ( Publishers Weekly)

What listeners say about The River King

....of all the books I have ever read. I adore this book and I love the way Alice Hoffman writes. This book was the second book I read of hers and I was blown away by her prose...the way she used nature throughout the book to pull the story together....she makes you feel as though you could see and smell the flowers and green grass....feel the rain or dew.....the bitter cold of winter.....the warmth of spring breezes....she is an amazing writer and this story made me fall in love with her writings and will be a forever fan!..

The narration speed was horrible !

Would you try another book from Alice Hoffman and/or Laural Merlington?

Alice Hoffman is one of my favorite authors. She has a wonderful way of bring stories to life with just the right touch of supernatural. I have read almost all of her books and was excited to listen to this older book by her. Her newer titles are read by other narrators, including Nancy Travis who I really enjoy. The narration by Laural Merlington was horrible here. The speed was impossibly fast. I would have listened to it at 1/2 speed but the sound was so distorted that way. There were no pauses at the end of paragraphs or chapters. In the end, I gave up on listening to this book and only listened to a few chapters in. I was very disappointed in this audiobook.

Would you be willing to try another one of Laural Merlington’s performances?

The beginning was interesting, but overall it felt prose-heavy and plot-light. It meandered.

The performance was good, but ridiculously fast! I had to slow it down to 80% to be able to enjoy it.

She spoke way too fast. I'm such a fan of Alice Hoffman that I didn't bother with a sample of the audio. so far this is the only book I've returned in almost 2 years.
I'll have to buy the real book.

SKIP THIS AUDIO. LAUREL MERLINGHAM HAS NO IDEA HOW TO READ A BOOK. TO PLACE ALICE HOFFMAN'S BEAUTIFUL PROSE INTO HER HANDS IS A TRAVESTY. SAVE YOURSELF THE CREDIT AND GO CHECK THIS OUT AT YOUR LIBRARY OR BOOKSTORE.

NARRATION: SINGSONG BREATHINESS MIXED WITH SEGMENTS SO LOW YOU HAVE NO IDEA WHAT MS. MERLINGHAM IS SAYING., WORSE, EVEN TURNING DOWN THE SPEED, THE TEXT IS READ SO FAST YOU DO NOT GET TO LINGER OVER THE WORDS, PHRASES, PARAGRAPHS THAT MAKE ALICE HOFFMAN'S WORKS SPECIAL. IT FELT CARTOONISH AND SO WRONG FOR THIS WORK.

GRADING IT AN 'F' IN ALL CATEGORIES. BACK TO THE HARDBACK.