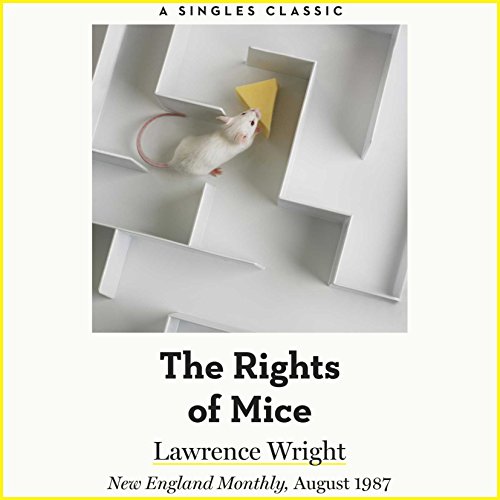 The Rights of Mice

The Rights of Mice

Within the last several years, the animal-welfare movement has been divided between those who merely hope to protect animals and those who would like to extend to animals the same rights and recognition that have been gained by minorities, women, and homosexuals. For people who believe that animals have rights, or deserve to have them, an ordinance regulating the use of laboratory animals is only a small step toward the establishment of a society in which mankind lives in a different relation to the rest of the animal kingdom.

In The Rights of Mice, Lawrence Wright, the Pulitzer Prize-winning author of The Looming Tower and Going Clear, takes listeners inside the war between science and anti-vivisection raging across the city of Cambridge, Massachusetts, and its great educational institutions, Harvard and MIT. As animal rights activists attempt to push through city council an ordinance restricting the use of animals in laboratory testing, leaders in the science and medical communities brace for a fight. The Rights of Mice was originally published in New England Monthly, August 1987.