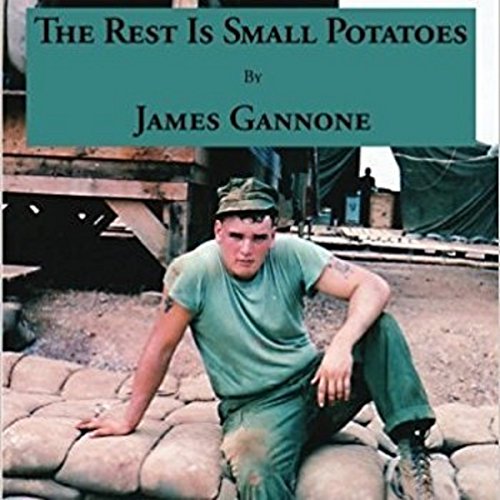 The Rest Is Small Potatoes!

This is an autobiography about a man from New Jersey born in 1947. Following his graduation from high school in 1965, he enlisted in the Marines and went to Vietnam. Home and honorably discharged before turning 21, he meandered for a few years in the time of the anti-war movement and psychedelic drugs that were the late '60s and early '70s. He found his feet in aviation with his first introductory flight. He immediately knew piloting an airplane was what he wanted to do. His involvement in the drug culture led to incarceration and jeopardized his future, though.

He met a woman fell in love and has been married for 42 years. They raised a family and built a house while he struggled to stay employed as an airplane pilot. The ebb and flow of the pilot employment market led to various jobs and even an attempted career change. After earning a degree at a culinary school, he bought a failing restaurant and gave it a go for a few years. Before becoming bankrupt he managed to get back in aviation as the restaurant was failing.

The return to flying was in turbine powered equipment at first doing more night freight work, but it led to his best job ever. Someone ran an ad for a position in Africa: “Sabreliner Captain wanted so I can give my man a holiday.” The timing was perfect because it was the same type airplane he had been flying. The job was for a month but he stayed on for four years as pilot for a dictator’s cabinet in the heart of Africa. It wasn’t all smooth air over there but survive he did. On returning to the States he went back to grass roots stick-and-rudder agricultural aviation for three years, spraying corn in Iowa.

In the journey there was one wife, two children, two sailboats, one airplane and one house built. He also earned two Associates degrees. One in Science/Math and the other Arts/Culinary.

What listeners say about The Rest Is Small Potatoes!