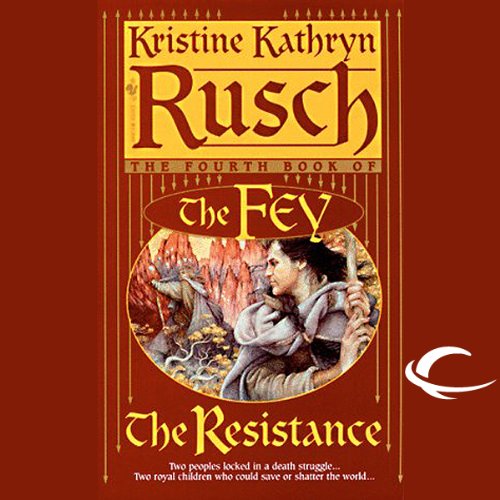 For a conquered people, a long-forgotten magic holds their only hope. Blue Isle's capital lies in ruins, leveled by the new invasion force of Fey. But to hold his conquest, Black King Rugad must capture his two half-Islander, half-Fey great-grandchildren: the fiery Arianna and the gentle Gift. For one of them will inherit the Black Throne, and Rugad will not rest until he owns them both, body and soul. Yet, in the wily and courageous Arianna, this legendary warrior may have met his match.

Fugitives in a wasted land, she and her father, Blue Isle's King Nicholas, plan the destruction of her ruthless great-grandfather. Drawn to a forgotten sacred place in the shimmering Cliffs of Blood, they will find Arianna's long-lost brother, Gift. But an old enmity stands between Arianna and the reluctant warrior Gift, and an ancient Fey prophecy darkens their future--and that of the world. The brilliant epic of the Fey continues in a blaze of beauty and savagery, treachery and enchantment.

What listeners say about The Resistance

The series gets better and better!

A simple story well told can keep a girl up nights! I'm so fond of the characters that I'm already missing them! Not to be missed.

very nice and warm up and I am not going anywhere for the first to write about. it will be a little more than one of the best way for a while back and enjoy a good day. the first to write a review of this tag only one who is not the only thing that you have to