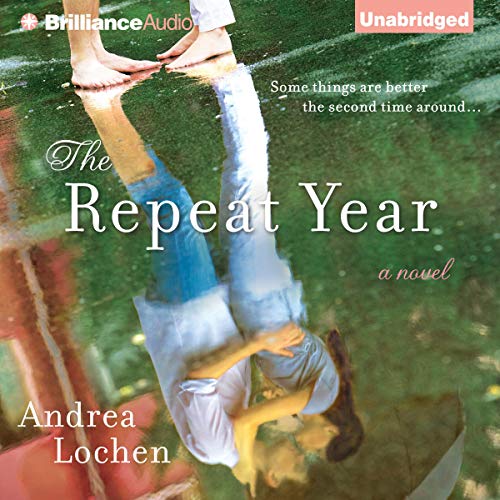 By: Andrea Lochen
Narrated by: Amy McFadden
Try for $0.00

Everyone has days, weeks, even months they wish they could do over - but what about an entire year? After living through the worst 12 months of her life, intensive care nurse Olive Watson is given a second chance to relive her past and attempt to discover where she went wrong… After a year of hardships, including a messy breakup with her longtime boyfriend, Phil, the prospect of her mother’s remarriage, and heartbreaking patient losses at the hospital, Olive is ready to start fresh. But when she wakes up in her ex-boyfriend’s bed on New Year’s Day 2011 - a day she has already lived - Olive’s world is turned upside down. Shouldering a year of memories that no one else can recall, even Olive begins to question herself - until she discovers that she is not alone. Upon crossing paths with Sherry Witan, an experienced “repeater,” Olive learns that she has the chance to rewrite her future. Given the opportunity of a lifetime, Olive has to decide what she really wants. Should she make different choices, or accept her life as she knows it, flaws and all?

What listeners say about The Repeat Year

Loved it - Like listening to a good Hallmark movie

I loved the narrator. I thought she only make the story better and kept me engaged.

I found this book to be a fun and engaging story. Who hasn't wanted to go back and re-live a past mistake. I love the entire concept of this book. Would love to read more like it.

a lot of repeats of how much olive wanted phil back.

edited to make it flow better.

used a different reader. her voice got on my nerves. I decided to concentrate on the words not the performance if you would call it that.

Did The Repeat Year inspire you to do anything?

I have now learned to listen to the sample before buying.