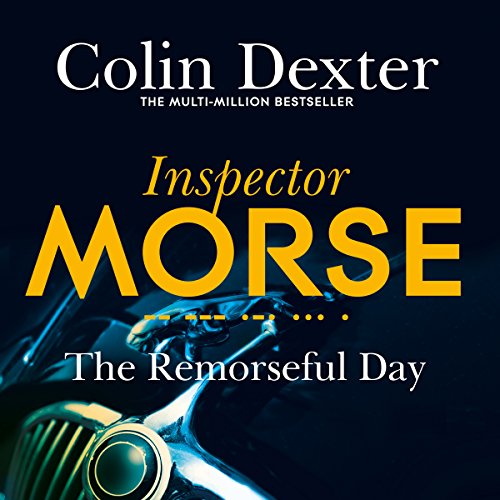 By: Colin Dexter
Narrated by: Samuel West
Try for $0.00

'Where does this all leave us, sir?'

'We're getting near the end, you mean?'

'We were always near the end.'

The murder of Yvonne Harrison had left Thames Valley CID baffled. A year after the dreadful crime they are still no nearer to making an arrest. But one man has yet to tackle the case - and it is just the sort of puzzle at which Chief Inspector Morse excels.

So why is he adamant that he will not lead the re-investigation, despite the entreaties of Chief Superintendent Strange and dark hints of some new evidence? And why, if he refuses to take on the case officially, does he seem to be carrying out his own private enquiries?

For Sergeant Lewis this is yet another example of the unsettling behaviour his chief has been displaying of late....

What listeners say about The Remorseful Day

Sounds like a automated robot and with that in your ears, how do you get your mind around the plot

I tried listening to this because I am such a fan of Sam West's narrations. It's well written, but I found the story too unpleasant. The basic plot is the same as the TV episode but the details are quite nasty in places.

This final Inspector Morse tale completes my reading/listening of/to all 13 of Colin Dexter’s masterpieces. I have all 13 in print also! Quite the best of a remarkably good collection. Samuel West’s narration of the three main characters, Morse, Lewis and Strange, was a most satisfying experience. It was like hearing the individual actors with their distinct accents!
Now if only the Lewis stories were to appear in Audible format......

a complex case. a looming feeling of things being off. and an emotional finish. what a stunning read. will definitely read it again.

Dexter at his best.
A fitting final chapter for our favourite detective. Sam West’s narration is the cherry on top.