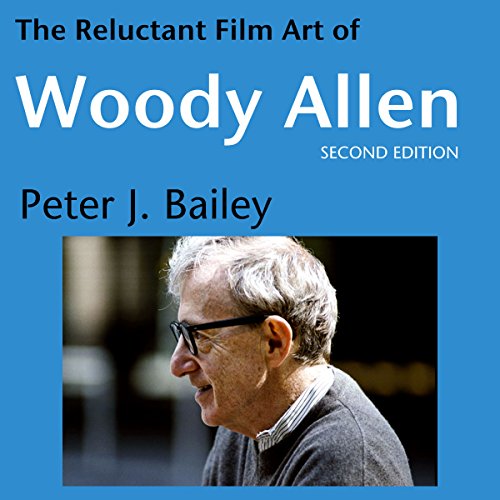 For five decades, no American filmmaker has been as prolific or as paradoxical as Woody Allen. From Play It Again, Sam (1972) to Midnight in Paris (2011) and Blue Jasmine (2013), Allen has produced an average of one film a year; yet in many of these movies Allen reveals a progressively skeptical attitude toward both the value of art and the cultural contributions of artists.

In this second edition Peter J. Bailey extends his classic study to consider Allen's work during the twenty-first century. He illuminates how the director's decision to leave New York to shoot in European cities such as London, Paris, Rome, and Barcelona has affected his craft. He also explores Allen's shift toward younger actors and interprets the evolving critical reaction to his films?authoritatively demonstrating why the director's lifelong project of moviemaking remains endlessly deserving of careful attention.

"Bailey knows Woody Allen's work backwards and forwards, and his book makes many illuminating connections among the films in the Allen canon." (Christopher Ames, author of Movies About the Movies)

This seems to be a collection of essays by a person who, while quite familiar with Woody Allen films, is more interested in the pedantry of academic papers. I came to this conclusion after hearing the same references made time and time again, the author apparently plagiarizing himself from chapter to chapter.

This book is 1/3 direct quotes from the films or Allen himself (mostly culled from the Eric Lax biography of Allen or other sources). It's 1/3 tedious descriptions of the films, in minute detail. If you're a fan, you've seen the films, if you're not familiar, it's not likely to encourage you to look at them soon. And the final 1/3 is baroque philosophical doublespeak, the kind that gets mercilessly mocked in the films. (Imagine the blowhard in the movie line in Annie Hall, taken to task when Alvy produces Marshall McLuhan). The author seems to have no self-awareness that he is, in fact, that blowhard. If you do choose to listen, be prepared to hear the words philistinism, antimony and osculatory several times, and not always correctly. Certainly not worth the time. Watch the films instead.