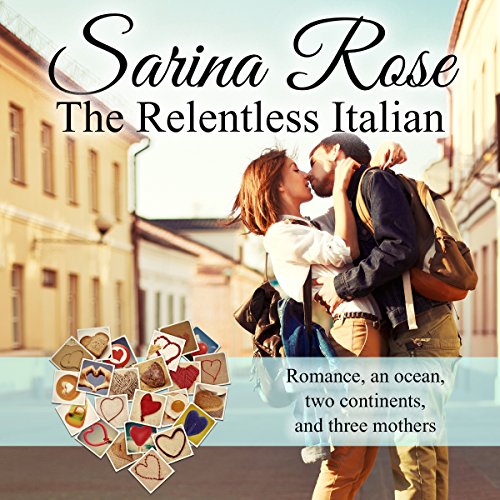 Tony Andrisoi is an Italian born in Palermo, Sicily during the Nazi occupation. He travels back and forth between Italy and the US with his adoptive parents. He has a music career in Italy and attends St. Joseph College in the United States. His parents are wealthy business owners of several leather shops in major cities of Europe and the United States. Tony falls relentlessly in love with Sophie Carrieri. So much so, he wants her to live with him in Italy after graduation.

Sophie Carrieri is an Italian-American. She lives in her parents' house but in a private attic apartment. She also goes to St. Joseph College where she meet Tony. She adores Tony, maybe even loves him. Nevertheless, she is relentless in her desire to attend Cornell Graduate School and become a veterinarian. Her one flaw in Tony's eyes is that she has a never ending streak of jealousy. Other than that, she is beautiful, honest, and sexy.

Will their relationship withstand living apart for four years on different continents, three mothers, and the sexual revolution of the 1960s?

A book with promise but not there yet

Tony and Sophie meet in their senior year at a Catholic college in 1964 in New Jersey and fall helplessly in love. What follows is all their lovey-dovey talk between them, with Sophie in particular teasing and playing games with Tony, who remains a perfect gentleman.

After graduation, Tony goes back to Italy to become a pop music sensation, while Sophie goes on to veterinary school. They work to maintain their long-distance relationship.

Most of the book came across as repetitive and tedious, but there was one scene in particular that really gripped me. In having surgery to remove a cyst from her uterus, Sophie ends up having to have to whole uterus removed, and she agonizes over having lost what makes her a woman, fearing that Tony will no longer want her because they can't have children. This scene had me in years, both for Sophie and myself, as it caused me to relive my own grief over not being able to have children of my own. The author showed her real writing skills in this chapter.

The narration made a big difference in the book. At first I did not enjoy it very much because it came out as staccato and immature, but I soon realized that this was the writing style of the author. Since the chapters are narrated by Sophie and Tony, the style fits their style, and the narrator does a great job of portraying them, especially their accents. I also liked the way she voiced the sound effects in the books.

Disclaimer: I was given a free copy of this book by the narrator, but it in no way influenced my review.