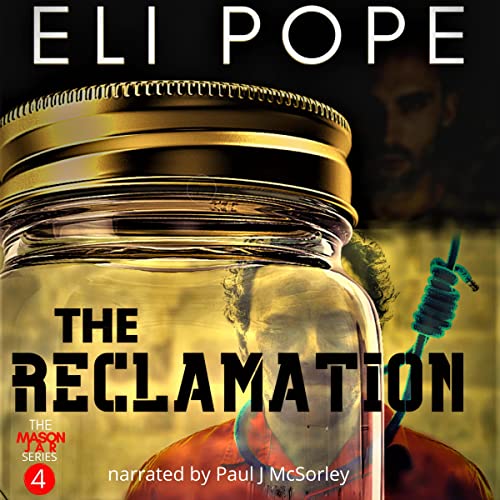 Billy Jay Cader has finally been caught and charged for the two homicides of law enforcement officers. He's been sped through the system and sentenced to the electric chair and now awaits his time on death row. He again falls back on the curse that his father passed to him: The Mason jar form of judgment and punishment. This time, he has formed a group of fellow death row inmates who decide to take the judgment of other inmates into their own hands.

In the meantime, an investigative reporter begins interviewing Billy Jay Cader for a chance to tell his side of his story. She hopes to write a book from Billy Jay's point of view.

The two seem to quickly form an odd kindred spirit with each other, one the warden doesn't care for.

Sgt. Tony Rawlings, partner and close friend of a detective Billy Jay murdered, has suspicions about several young female victims who have been missing for years. He intends to unbury Mr. Cader's past and ensure he pays the price.

This story continues Billy Jay's journey, as things don't always happen the way they appear they are heading.

Cliff-hangers left open at the ending of book three are tied together as the dysfunction of the characters of Apalachicola, Florida continues on.

What listeners say about The Reclamation

Love the twists and turns of this series

Loved it, the two new female characters are fun. This whole series is very entertaining!!!

Another belter with twists and turns and a few surprise’s, outstanding!
Carnt wait for 4.5/5 🤘🤘🤘