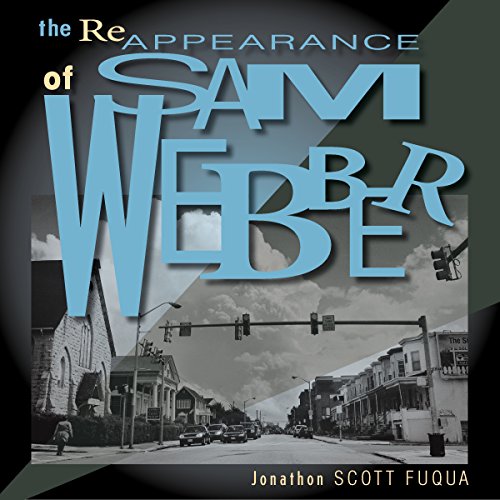 The Reappearance of Sam Webber

The Reappearance of Sam Webber

When eleven-year-old Sam Webber's father disappears without a trace, he and his mother are forced to relocate to a tough neighborhood, closer to her job. Unfamiliar with his surroundings and intimidated by the students of his new school, Sam recounts the sometimes frightening, sometimes delightful details of his life with touching, humorous sincerity. Living in a tiny apartment with a bedroom that feels like a closet and a closet that has been turned into a den, he is forced to deal with the legacy of depression that marked his father, and threatens to envelop him.

The city remains a cold and unwelcoming place to Sam until he meets Greely, an elderly black janitor at his junior high. Through this unlikely friendship, Sam begins to heal, as well as confront the racism that surrounds his community, and his life. With afternoons of football in the park and greasy meals at the local Little Tavern, Sam discovers that friendship and warmth can rise in even the saddest times.

Tracing a year in the life of an exceptional young boy, newcomer Jonathon Scott Fuqua leaves an impression that endures like a watermark. A masterfully written novel full of beautifully drawn, unforgettable characters, The Reappearance of Sam Webber is only the first from a top writer whose talented storytelling will touch every reader.

The Reappearance of Sam Webber won the Alex Award. Co-sponsored by Booklist magazine and the American Library Association (ALA) Youth Services Division, the Alex Award is given annually to the 10 best adult books for children.

The novel was also named to the New York Public Library's 2000 Books for the Teen Age list. The American Booksellers Foundation for Free Expression (ABFFE) listed The Reappearance of Sam Webber as one of two novels in print, adult or YA, to deal with the issue of violence in youth.

From January through April 2003, Sam Webber was part of Peoria, Illinois's "One City, One Book."

School Library Journal named The Reappearance of Sam Webber one of the top five adult novels for young adults in 1999. Booklist named it to its editors' choice '99 for adult books for young adults. The novel has appeared on numerous summer reading lists.