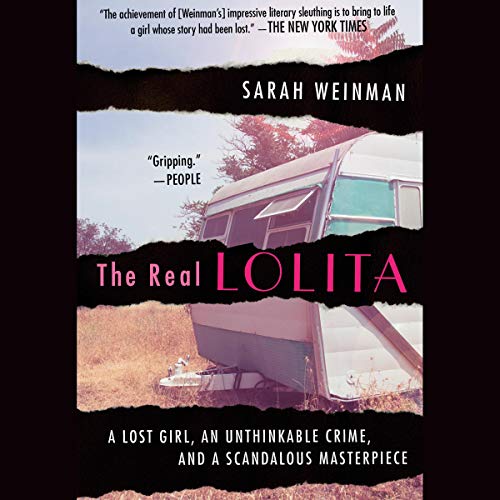 By: Sarah Weinman
Narrated by: Cassandra Campbell
Try for $0.00

A gripping true-crime investigation of the 1948 abduction of Sally Horner and how it inspired Vladimir Nabokov's classic novel Lolita.

Vladimir Nabokov's Lolita is one of the most beloved and notorious novels of all time, selling over 60 million copies worldwide to date. Yet very few of its readers know that the subject of the novel was derived from a real-life case: the 1948 abduction of 11-year-old Sally Horner.

Weaving together suspenseful crime narrative, cultural and social history, and literary investigation, The Real Lolita tells Sally Horner's full story for the very first time. Drawing upon extensive investigations, legal documents, old news stories, public records, and interviews with remaining relatives, Sarah Weinman establishes with authority how much Nabokov knew of the Sally Horner case and the efforts he took to disguise that knowledge during the process of writing and publishing Lolita. As she walks us through Sally's story, Weinman takes us on an intimate and panoramic tour of mid-century America, from Sally's home in Camden, New Jersey, to her place of rescue in California, and back to the East Coast again.

The story of Sally Horner echoes the stories of countless girls and women who never had the chance to speak for themselves. By diving deeper in the publication history of Lolita and restoring Sally to her rightful place in the lore of the novel's creation, The Real Lolita casts a new light on the dark inspiration for a modern classic.

“Sarah Weinman is a crime writer who has seriously researched the Nabokov connection.... The achievement of her impressive literary sleuthing is to bring to life a girl whose story had been lost.” (The New York Times)

“Rather than exploit the sordid details of the crime, Weinman uses them to fuel a sophisticated re-evaluation of Nabokov’s controversial classic.... The Real Lolita deepens and challenges our reading of Nabokov’s classic novel.” (Literary Review of Canada)

What listeners say about The Real Lolita