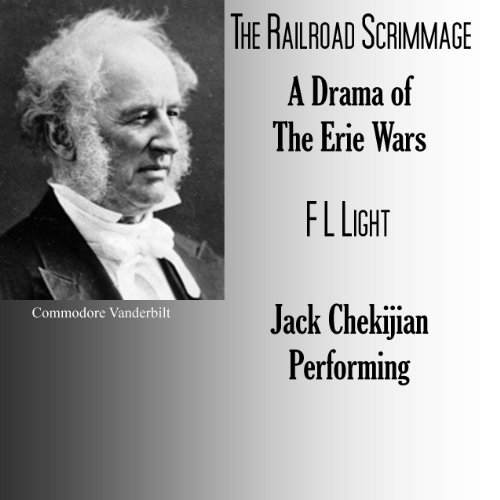 A Drama of the Erie War
By: F. L. Light
Narrated by: Jack Chekijian
Length: 1 hr
Categories: Fiction, Historical
1 out of 5 stars 1.0 (2 ratings)

As the southernmost line in New York State, the Erie Railroad in the 1860s ran from Jersey City to Lake Erie. Commodore Vanderbilt considered it an appropriate expansion to his New York Central and tried to corner Erie's shares.

This drama represents how three of Erie's directors, Jay Gould, Jim Fisk and Daniel Drew, fought a financial war to check his acquisition. But the main part to Vanderbilt belongs as the most triumphant American of the nineteenth century.