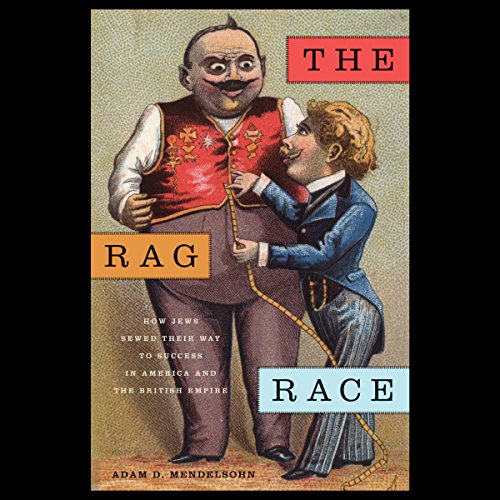 By: Adam D. Mendelsohn
Narrated by: Amanda Terman
Try for $0.00

The majority of Jewish immigrants who made their way to the United States between 1820 and 1924 arrived nearly penniless; yet today their descendants stand out as exceptionally successful. How can we explain their dramatic economic ascent? Have Jews been successful because of cultural factors distinct to them as a group, or because of the particular circumstances that they encountered in America?

The Rag Race argues that the Jews who flocked to the United States during the age of mass migration were aided appreciably by their association with a particular corner of the American economy: the rag trade. From humble beginnings, Jews rode the coattails of the clothing trade from the margins of economic life to a position of unusual promise and prominence, shaping both their societal status and the clothing industry as a whole.

Comparing the history of Jewish participation within the clothing trade in the United States with that of Jews in the same business in England, The Rag Race demonstrates that differences within the garment industry on either side of the Atlantic contributed to a very real divergence in social and economic outcomes for Jews in each setting.

What listeners say about The Rag Race

A most interesting book

What did you love best about The Rag Race?

Have you listened to any of Amanda Terman’s other performances before? How does this one compare?

yes; vocab book; this is clearly narrated, and a longer book with historical information